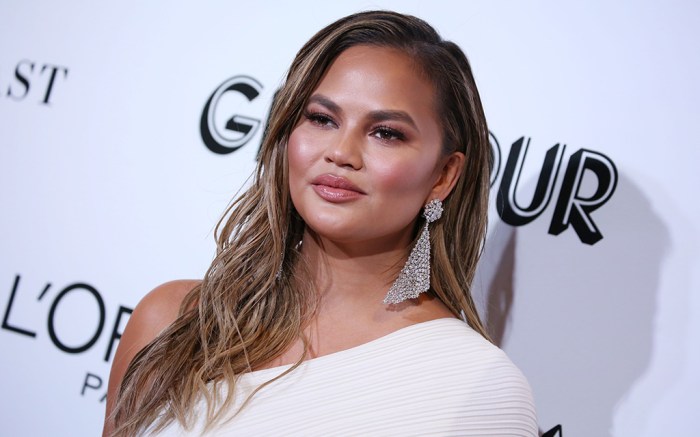 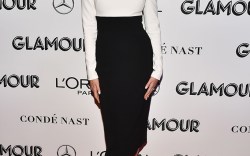 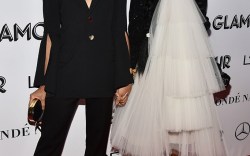 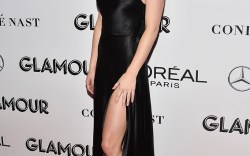 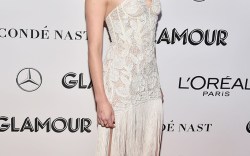 The 2018 Glamour Women of the Year Awards was a night filled with female empowerment. Chrissy Teigen, Janelle Monae, Viola Davis and Aly Raisman were among the honorees who walked the red carpet on Monday night in New York.

Each showed off her own personality and power through fashion.

Teigen, for instance, opted for an asymmetrical cream Solace London fall ’18 dress with with metallic and embellished ankle-strap heels. She walked the carpet with husband John Legend, who was there to present her with the award.

Suiting was a major trend seen throughout the night, and topping the best-dressed list with her plaid jacket and turtleneck ensemble, which she paired with velvet pant and velvet pumps, was model Dilone.

Model Ashley Graham also made a statement on the red carpet with her fluorescent look straight from Christian Siriano’s spring ’19 runway.

The other Graham spotted at the event was actress Kat Graham, who wowed in yet another Siriano look. She chose a fall ’18 red sheer and ruffled dress for the occasion. (Padma Lakshmi and Alicia Silverstone also opted for the designer for their red carpet fashion.)

To see more of the women who attended Glamour‘s Women of the Year Awards, click through the gallery.