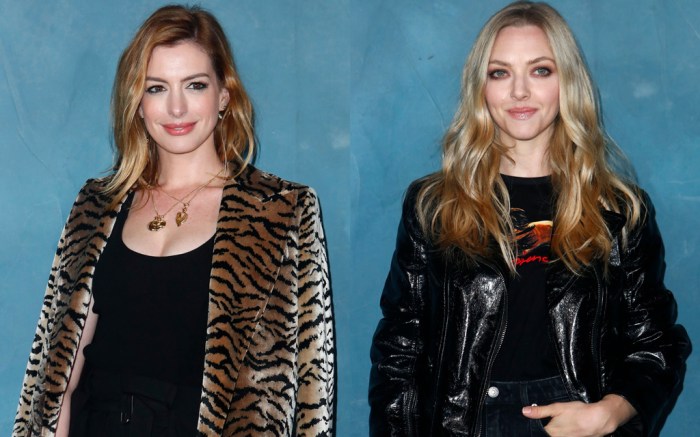 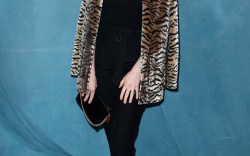 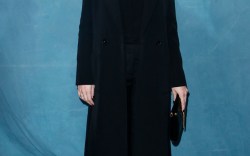 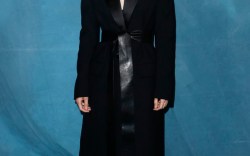 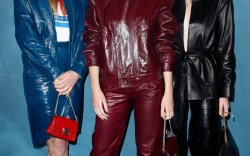 Anne Hathaway looked chic in a black shirt and black trousers, adding a bit of color to her look with a tiger-print coat. For footwear, the Academy Award winner chose black sandals that featured an edgy asymmetrical design.

Also on hand for the show was Amanda Seyfried. The “Mamma Mia” actress was clad in a graphic T-shirt and black denim shorts, giving her ensemble some edge with a leather jacket. She completed her look with black booties.

Liv Tyler was chic in an all-black ensemble, adding a pop with a swatch of rosy lipstick. The daughter of rock legend Steven Tyler sported a long black coat over a pair of trousers in the same shade. She completed her monochromatic look with a pair of pointy-toe black pumps.

While most attendees at the show sported dark looks, the Haim sisters brought some color with their coordinated ensembles.

The musicians rocked leathery looks, each taking a shade of her own (Este wore blue, Danielle wore maroon and Alana wore black). The chic sisters also varied their footwear, with Este and Alana choosing booties while Danielle rocked olive-colored sandals.

Click through the gallery to see more stars who attended Givenchy’s spring ’19 show.