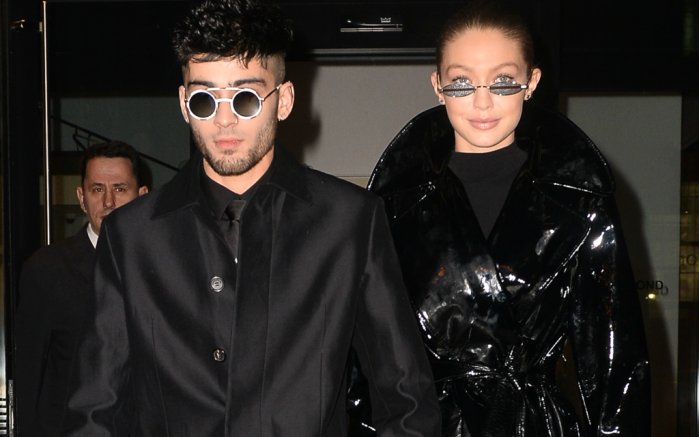 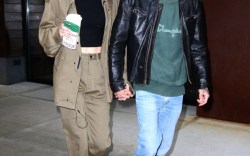 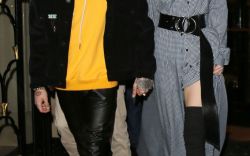 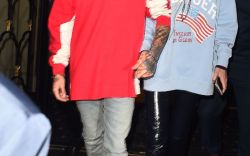 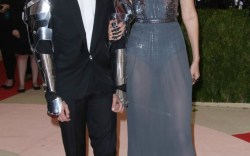 Zayn Malik and Gigi Hadid hit the streets of New York last night to celebrate the singer’s 25th birthday, appearing like extras from “The Matrix.” That, or futuristic spies.

En route to the former One Direction member’s party, which is reported to have been “Men in Black”-themed, the duo looked like Bonnie and Clyde from the future in all-black designer ensembles, complete with fierce frames.

No matter that it was nighttime, Hadid peered out from under her shades like she had a secret, wearing a black coated-shell trench from Helmut Lang’s resort ’18 collection.

In the post, the “I Don’t Wanna Live Forever” singer showed off his myriad tattoos in just a checkered blazer and Tommy Hilfiger underwear with jeans, which Hadid cheekily captioned “birthday boogie.”

For more of Gigi and Zayn’s couple’s style, check out our gallery of their best fashion moments.