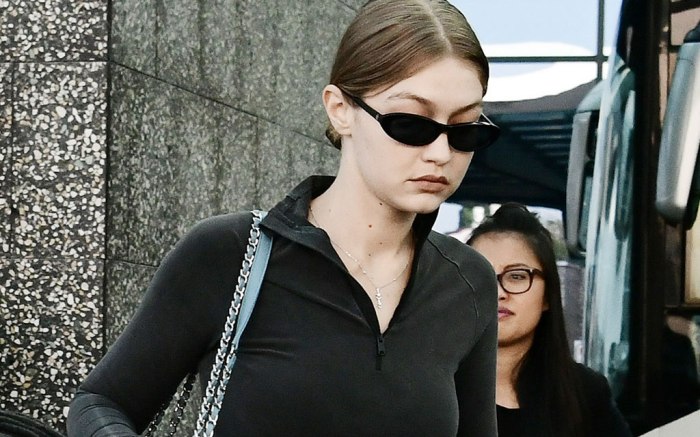 Gigi Hadid has another busy week ahead.

The style star, who is expected to walk a number of Milan Fashion Week’s runways, arrived in the Italian city today with fellow model and younger brother Anwar Hadid, where the two were photographed in matching patchwork sweatpants and sneakers.

Finishing the look, the 23-year-old beauty went for another futuristic accessory — that is, the Matrix-style sunglasses she’s been sporting as of late. Keeping her hair tied at the back of her neck, Gigi allowed the collar of her sport sweater to pop, with a sequined turquoise-hued bag by Chanel hanging on her shoulder.

The Hadid siblings’ appearance comes as sister Bella has already been welcomed in Milan. The 21-year-old shared a video of herself on a balcony overlooking the metropolis, along with the caption, “Ciao Italia.”

Click through the gallery to see more of Gigi Hadid’s best street-style looks.

Gigi Hadid Steps Out in the Perfect Fall Boots — & Better Yet, They’re Only $80