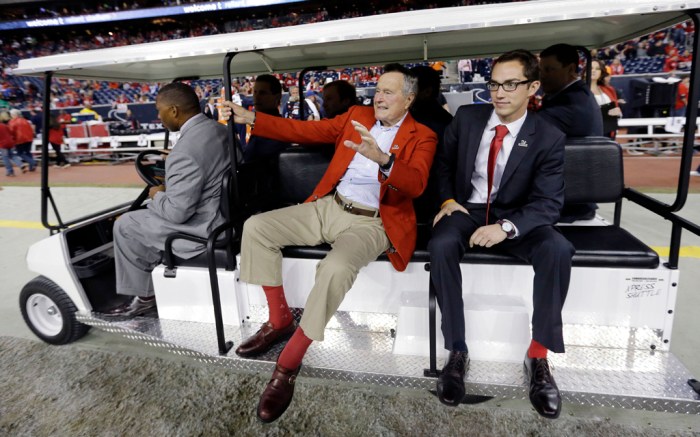 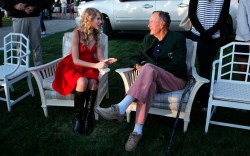 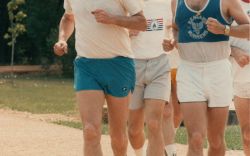 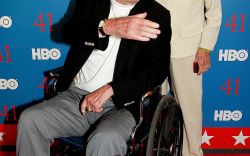 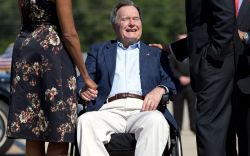 June 12 marks former president George H.W. Bush’s 94th birthday. It’s been a roller-coaster year for Bush, who became the longest living president, lost his wife, Barbara, in April and was hospitalized for low blood pressure and fatigue in May. However, the 41st president is doing much better and celebrates a momentous day today.

In honor of his 94 trips around the sun, FN pulled together Bush’s best sock styles. Throughout his two terms as vice president and one term as president of the United States, Bush maintained a solid sock collection.

Scroll through to check out some of his best sets.

Here, we see Bush at the dedication of the George W. Bush Presidential Center in Dallas in April of 2013. Bush paired his gray pinstripe suit with a pink tie and matching pink socks.

Bush kept up his streak of fantastical socks at a garden-naming ceremony in honor of his late wife, Barbara, in Kennebunkport, Maine. He dressed for the occasion in green and black striped socks with a pair of brown loafers.

The former president has always rocked unique socks. On a run in 1987, Bush wore green and yellow striped socks, sporting a vintage look that has reappeared in contemporary collections.

Click through the gallery to check out more of George H.W. Bush’s eccentric socks.