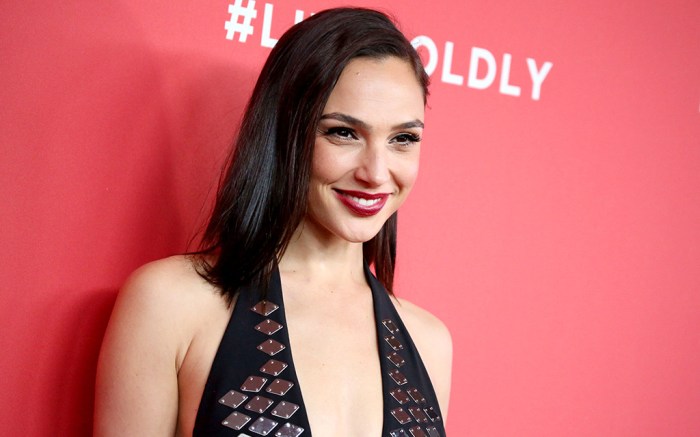 No stranger to blockbuster films, having had a recurring role in the “Fast & Furious” franchise since 2009, Gal Gadot gained unwavering worldwide stardom for her performance in “Wonder Woman” last year.

“Gal is such a beautiful woman. She can pull off [anything] she wants,” said shoe designer Giuseppe Zanotti.

Gadot has opted to wear the designer at various events, including for her “Justice League” press tour, where a sophisticated Stella McCartney jumpsuit was paired with his classic black pumps.

The actress is known to make a statement in neutral-colored heels. Her showstopping metallic Prada dress at the 2018 Critics’ Choice Awards was finished with Gianvito Rossi’s Carlyle sandals in black patent leather. And at a Variety brunch this month, she balanced out a bubblegum-pink Oscar de la Renta suit with nude stilettos by Stuart Weitzman.

“Gal’s style is simple, clean, strong, and that extends to her shoes,” said her stylist, Elizabeth Stewart. She recounts the Mexico premiere of “Wonder Woman” as one of her fondest styling moments with the actress — Gadot wore Rocket Dog flip-flops hidden underneath her Prada gown.

“She’s not afraid to rock a flat like the Aldo sandals mixed with Givenchy gown at the Los Angeles ‘Wonder Woman’ premiere,” Stewart said. “She’s a Stuart Weitzman Nudist all the way, [but] I love it when she breaks out, like the Rene Caovilla sparklers wrapped up her ankle at [the National Board of Review] awards in New York.”

After her star-maker female superhero film, designers are clamoring to dress her. “It is such a pleasure when she wears my shoes,” Zanotti said.