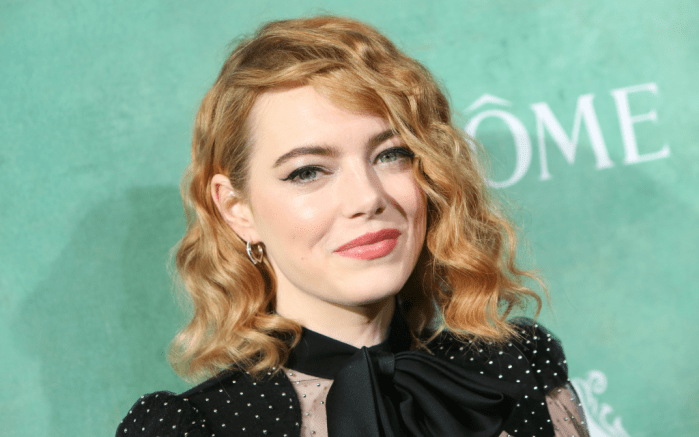 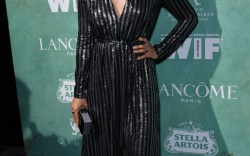 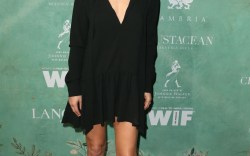 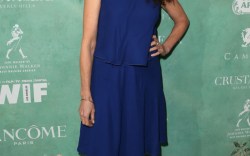 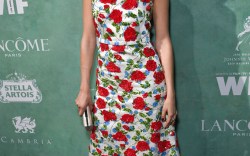 For the occasion — which brought out a slew of famous faces and nominated stars like Margot Robbie, Greta Gerwig and Mary J. Blige — Stone showed off an avant garde design from Clare Waight Keller’s Givenchy pre-fall ’18 collection.

The creation from the former Chloé artistic director features a sheer top with studs throughout, black detailing and a ruffled collar. Also boasting a chunky black belt and long black skirt, the Western-inspired frock gave way to heels from Waight Keller’s debut line for the French luxury brand.

The pointy black pumps designed for spring ’18 included elaphe-embossed leather insets on the tip and heel, making them stand out.

Emma, who took home the Oscar for Best Actress for her role in “La La Land” last year, completed her sultry head-turning look with a Louis Vuitton clutch bag.

Inside the event, Stone gave a speech following 2017’s Best Supporting Actress winner, Viola Davis. “I know how overwhelming it can be, but this has been a historic year for so many reasons, and many of you are a part of that,” the 29-year-old “Battle of the Sexes” star told the crowd.

“It’s a tipping point, and it’s very exciting and can be very jarring at times, but I’m so inspired by the voices I’ve gotten to listen to and the things I’ve learned even the last couple of months, much less over the past year, that’s been happening in our world and in our industry.”

For more celebs at the 2018 Women in Film pre-Oscar party, check out the gallery.