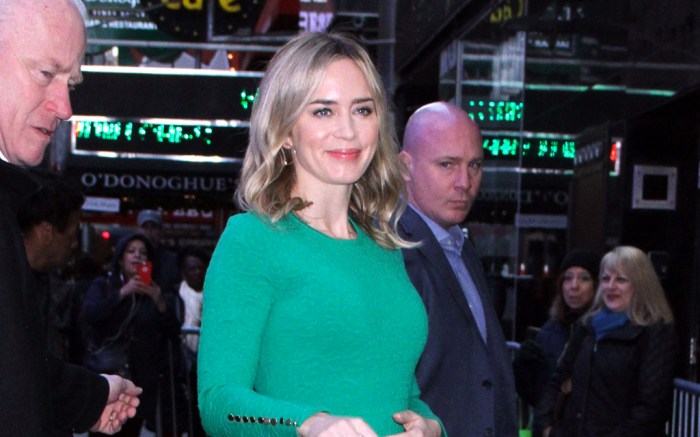 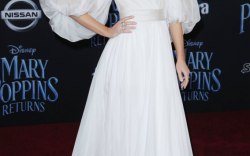 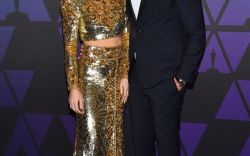 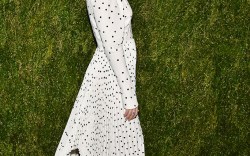 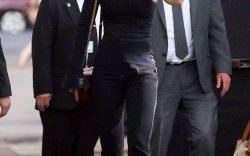 Exactly what we need: a spoonful of Emily Blunt. To promote her upcoming film “Mary Poppins Returns,” Blunt made an appearance today on “Good Morning America” in a pair of sparkly heels that put a festive finishing touch on her outfit.

The actress wore a midi-length green dress with a row of gold buttons along each sleeve.

For shoes, she chose a pair of sky-high two-tone Sophia Webster sandals — a daring move considering that it’s 40 degrees in New York — featuring two silver straps across the toe and around the ankle, which are attached to a glittering pink base.

Blunt appeared on “Good Morning America” to discuss her role and to reveal a clip from the highly anticipated movie.

“Mary Poppins Returns” premieres Dec. 19 and centers around the young boy from the original movie who is now grown with his own children. The film’s cast list includes Lin Manuel Miranda, Meryl Streep, Colin Firth and Dick Van Dyke, who played Bert, the chimney sweeper in the 1964 “Mary Poppins.”

The film is nominated for four Golden Globe awards, including Emily Blunt for Best Actress and Best Motion Picture — Musical or Comedy.

How to Get Mary Poppins’ Look — With a Modern Twist