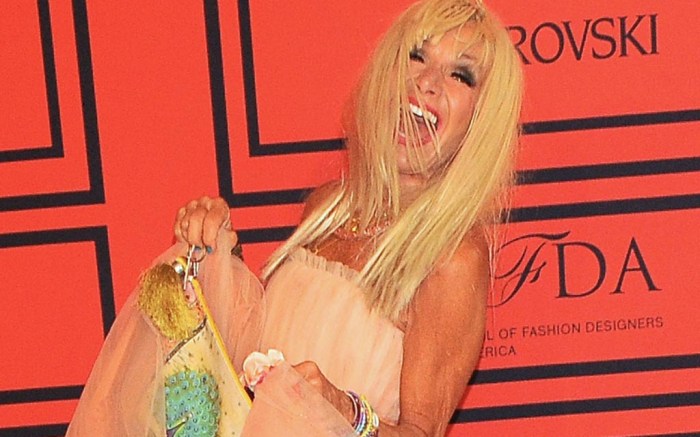 When it comes to high-profile events on the red carpet, one of the biggest faux pas that can instantly ruin a glamorous moment is a stiletto heel or worse stomping on a gown.

Throughout red carpet history, some of the famous attendees have suffered the blunder, nearly avoiding disastrous wardrobe malfunctions. Imagine the calamities: ripped dress skirts and trains, dirt from a loafer and worse — a tumble on the red carpet or exposing more than you wanted to show.

Hopefully the stars hitting the red carpet today at the 2018 Oscars, hosted by Jimmy Kimmel, won’t suffer any problems when heels and long dresses collide. But we have a roundup of moments at other star-studded events with some close calls.

Just look to Donatella Versace and the icy eyes she cut Balthazar Getty with when his oxford shoes got caught in the designer’s gown at the 25th Annual Night of Stars.

Zoe Saldana needed the help of three castmates, Alice Eve, Zachary Quinto and Benedict Cumberbatch, when her dress didn’t cooperate with her Louboutins at the 2013 “Star Trek: Into Darkness” premiere in London.

In 2013 at the Costume Institute Gala Benefit celebrating the “Punk: Chaos To Couture” exhibition, Debbie Harry also stepped on her own dress.

To the rescue of Christina Ricci at the 2003 Venice Film Festival, a handler maneuvered the actress’ sheer dress after it got caught in a heel alongside her date, Jason Biggs, who laughed it off.

Click through the gallery for more red carpet wardrobe malfunctions.