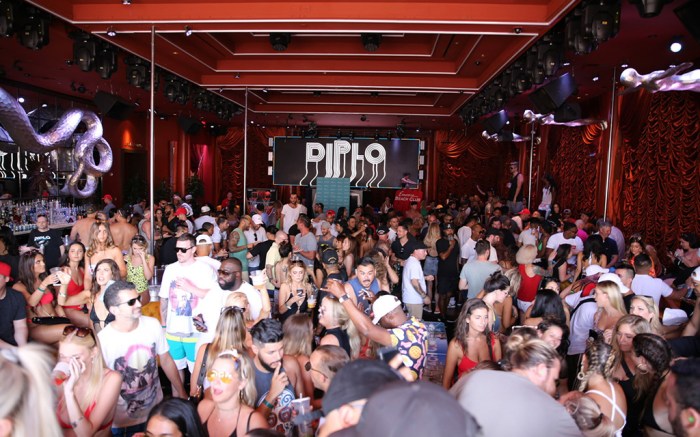 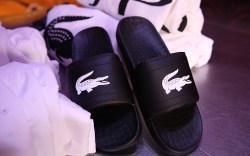 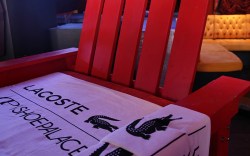 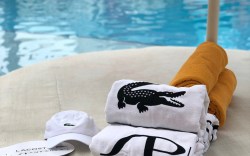 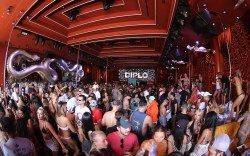 Las Vegas is known for its raucous weekend pool parties — and Lacoste and Shoe Palace turned up the heat during Magic and FN Platform market week.

On Sunday, the companies teamed up for a bash at Encore Beach Club, where Diplo performed a two-hour set in Lacoste slides.

Shoe Palace and Lacoste hosted some of their top vendors and accounts for the afternoon of fun prior to the shows.

The brand aligned with the Encore Beach Club by purchasing various cabanas behind the DJ booth as the venue. The setting had Shoe Palace and Lacoste branded towels, fans and lip balms — and guests were treated to free Lacoste slides — available at Shoe Palace — and Lacoste hats.

Lacoste, which is celebrating its 85th anniversary this year, is gearing up for major expansion in the U.S. market after seeing strong demand for its collections. As part of the milestone, the brand is partnering with influencers and rolling out more collaborations.

“Our plan in the next year is to have these [projects] with American artists, designers or singers — people who are very well-known in the U.S,” said Lacoste’s president and CEO of North and Central America, Jöelle Grünberg in a May interview with FN.

Click through the gallery to see more from the Lacoste and Shoe Palace pool party at Entourage Beach Club.