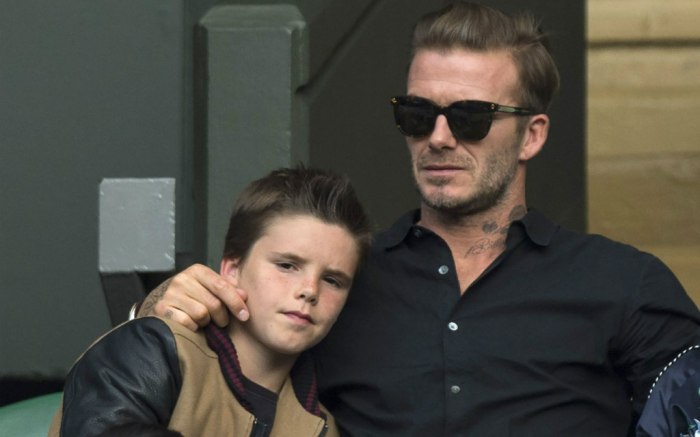 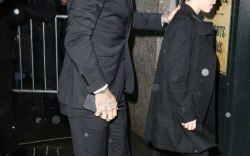 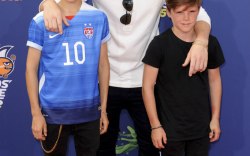 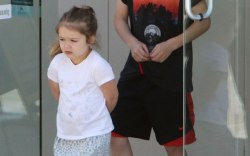 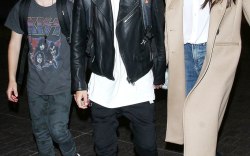 Cruz Beckham is officially a teenager.

The youngest son of British power couple Victoria and David Beckham turns 13 today. Following in the footsteps of his older brothers, Brooklyn and Romeo, Cruz has become quite the Hollywood trendsetter with his super-cool street-style looks.

Like the rest of his famous family, he’s a die-hard sneakerhead with a seemingly endless collection of kicks from brands including Adidas, Yeezy, Vans, Supra and Nike. He typically pairs his sneakers with black skinny jeans worn with vintage concert tees, hoodies and even the occasional blazer. And he always adds a fun accessory or two, whether it’s a baseball cap, bandana or colorful patterned socks.

For dressier occasions such as walking the red carpet at a movie premiere or sitting front row at one of his fashion-designer mother’s runway shows, Cruz likes to step things up with a sleek pair of boots or brogues. At a 2017 Ralph Lauren-sponsored launch party for his brother Brooklyn’s photography book, “What I See,” Cruz accessorized his shirt-and-trousers look with red leather Dr. Martens lace-up boots.

Despite his young age, Cruz’s effortlessly cool style has already caught the eye of the fashion world. Last year, he was tapped by Supreme to tease the brand’s collaboration with luxury label Louis Vuitton on Instagram, where he has 1 million followers. The London-based teen posted several photos of himself wearing a never-before-seen brown logo hoodie from the collection.

In honor of Cruz’s milestone birthday, we’ve rounded up some of the trendy teen’s standout style moments. Click through the gallery to see them all.

David and the Kids Support Victoria Beckham From the Front Row