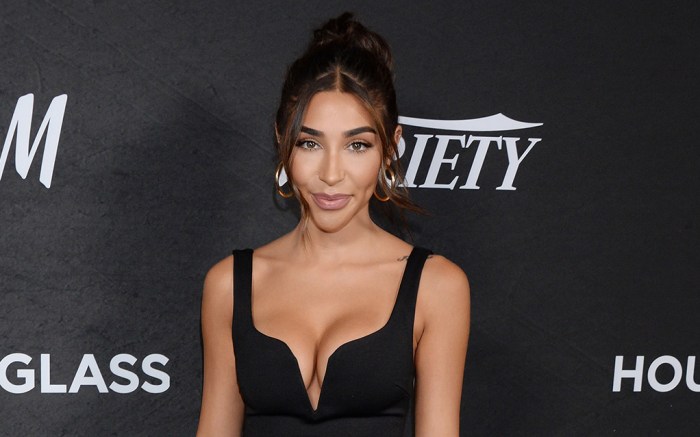 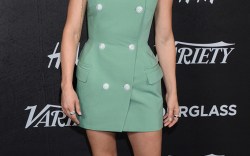 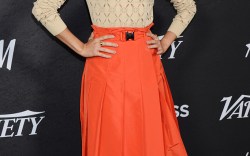 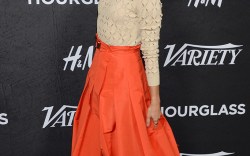 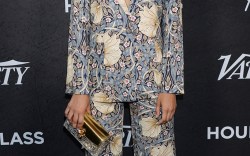 Rising stars celebrated Variety’s annual Power of Young Hollywood event, sponsored by H&M, yesterday in L.A., where entertainers were feted for making an impact in the industry this year.

FN was on the red carpet chatting with the showbiz tastemakers and got their take on fashion trends and memorable shoe moments.

Chantel Jeffries hit the carpet in a black crop top and Fendi trousers with sleek PVC sandals. The singer recalled a past wardrobe malfunction on the red carpet and the clever way she recovered.

“I went to the iHeartRadio Awards and the strap across my heel broke,” Jeffries revealed. “I had to take the boob tape off from my dress to tape my shoe back together so I could walk. It was the craziest thing and I had to hobble out. Now that’s innovation that excites.”

When it comes to sneakers, Jeffries is a fan of the dad shoe trend. “I have a few pairs — guilty as charged,” she said. “I really like the Louis Vuitton Archlights because it makes me 2 inches taller.”

See what other celebs had to say.

FN: What are your thoughts on the dad shoe trend?
“I’m so into. I just bought a pair of the Jeffrey Campbell ones — I’m into the retro look.”

FN: What’s your most interesting shoe memory?
“I made a video eight years ago called ‘How to Walk in Heels.’ I was killing it in the heels and randomly fell when I ended the video. People were like, ‘did you break your ankle?’ I’m very athletic, so it’s nothing on my ankles. I was a diver for six years and I was on my way to the Olympics but I stopped right there.”

FN: How do you feel about the no-pants trend — just a long top with thigh-high boots?
“I love that. I feel like Ariana Grande is the pioneer of that fashion, but I just like to show my body more. I can get down with that look on a lazy day or if you’re glam from the neck up and don’t want to be in something tight, just throw on a sweater and thigh-highs and you’re turnt.”

FN: What are your thoughts on the dad shoe trend?
“I have not bought a pair myself, but I’m so short I don’t think it’ll look good on me. I’m 5 foot 2 with a little body — it won’t look good on me, but I love the trend.”

FN: What’s your most interesting shoe memory?
“I guest starred on ‘Hannah Montana’ when I was 8 and they had me dress up as Hannah — blond wig, gold sequins costume, and knee-high boots they spray-painted gold. I thought they were the coolest boots in the entire world. I kept them from the wardrobe department and wore them to a movie premiere a week later with a gold dress. My cute little 8-year-old self pulled off this all-gold look.”