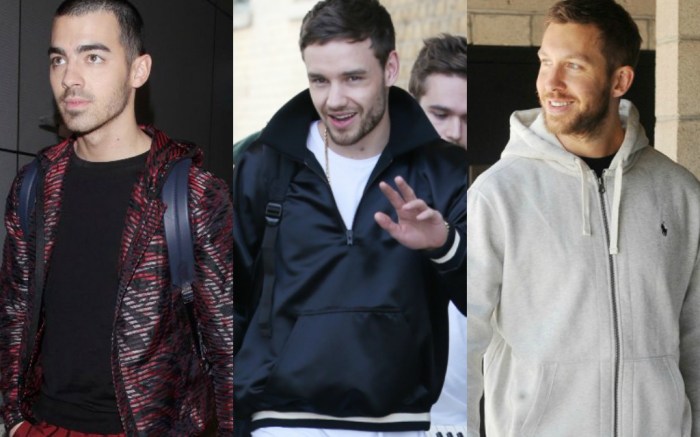 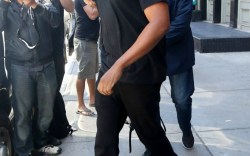 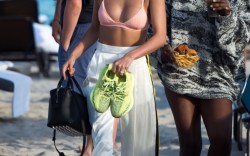 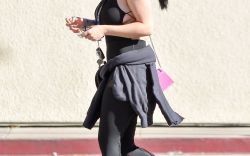 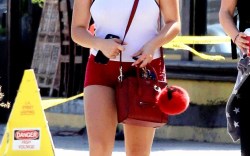 While the Kardashians, Jenners and Kanye West himself are constantly seen wearing Yeezy sneakers, they’re definitely not the only A-listers who are fans. Everyone from Snoop Dogg to Melanie Griffith to last season’s Bachelorette Rachel Linsday have a pair in their closet. That said, FN rounded up the most surprising ones who are big Yeezy fans.

The “Modern Family” star has been spotted sporting Yeezy Boosts since 2016, often wearing the style with leggings for her workouts. Winter, 19, has also paired the black kicks with sweatpants and denim cutoffs on occasion.

The newly engaged couple not only both like Yeezys, but have taken to matching them as well. On several occasions, the DNCE singer and the “Games of Thrones” actress have worn the same black Yeezy Boost sneakers. Turner was even spotted wearing the style under her dress at the Met Ball after-party last year.

The former One Direction member also counts himself a fan of Yeezy designs. This summer, the 24-year-old singer opted for crisp white Yeezy Boosts while filming the music video for his song “Get Low” in London.

DJ Calvin Harris is also no stranger to wearing Yeezys. On multiple occasions, the Scottish “This is What You Came For” artist has worn the sneakers to the gym with a hoodie and sweatpants.