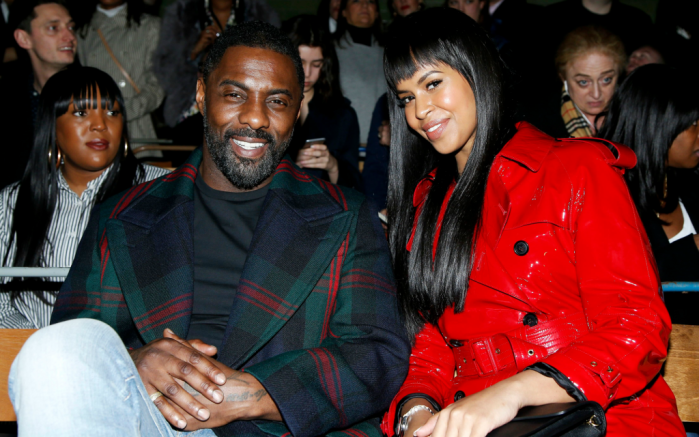 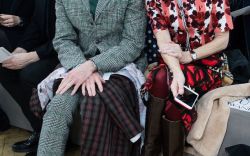 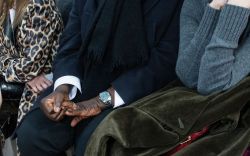 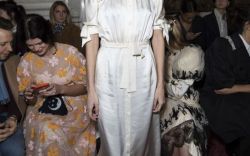 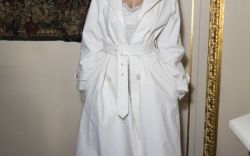 As was to be expected, the front row at London Fashion Week (Feb. 16 to 20) has been teeming with famous faces, from young influencers to seasoned actors and more. The Burberry show on Saturday saw an influx of British celebs, including actor Idris Elba, who was accompanied by his new fiancée Sabrina Dhowre.

The award-winning actor, who popped the question to his girlfriend last week during a screening of his big screen directorial debut, “Yardie,” posed for shots in the front row with the 29-year-old, who was crowned Miss Vancouver in 2014.

Model and activist Adwoa Aboah joined them in the front row at Burberry, turning heads in a daring look, courtesy of the heritage British label, that featured a bright orange sweatsuit under a checked blazer and a scarf thrown over one shoulder. She finished her look with slip-ons bearing the brand’s signature plaid print.

At the JW Anderson show, the Haim sisters — Este, Danielle and Alana — posed together in the front row in varying JW Anderson designs, complete with black footwear.

Click through to see more celebrities in the front row at the fall 2018 shows during London Fashion Week.