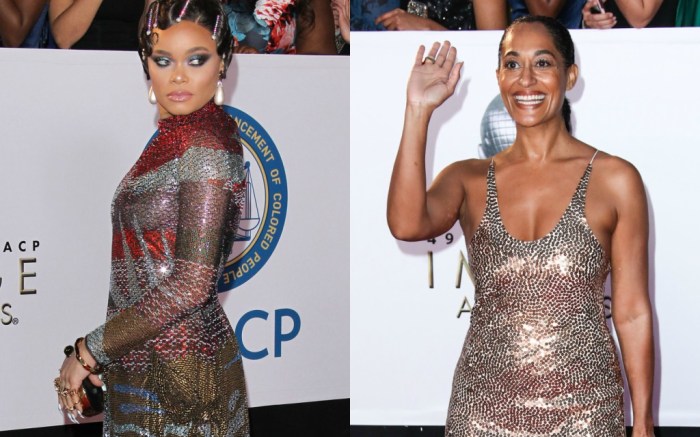 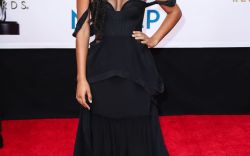 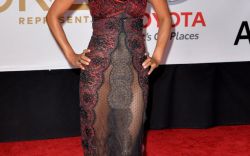 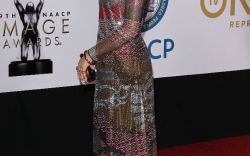 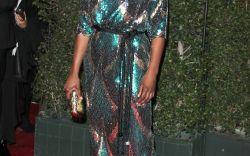 Last night, the 49th NAACP Image Awards, which honors outstanding achievements of people of color in film, television and beyond, took place with a slew of celebs hitting the red carpet in standout looks.

Tracee Ellis Ross, who took home the award for Outstanding Actress in a Television Series for her role in “Black-ish,” stepped out in a shimmering gold Narciso Rodriguez pre-fall ’18 dress, which she expertly paired with gold fishnet pointy-toed pumps courtesy of Christian Louboutin. The 45-year-old star — who was styled by Karla Welch —  accessorized her ensemble with a red metallic Tyler Ellis clutch and Tiffany & Co. jewelry.

Meanwhile, Andra Day — who along with Common performed their song “Stand Up for Something” from the movie “Marshall” at last night’s ceremony — wore a statement-making multicolored Giorgio Armani dress and red satin ankle-tie sandals from Christian Louboutin spring ’18.

Boseman’s “Black Panther” co-star Michael B. Jordan also chose Louboutin for the special occasion, where he brought his mother, Donna, as his date. The actor pulled an all-black look together with classic black patent leather lace-up shoes.

For more, check out the gallery of celebrities on the red carpet at the NAACP Image Awards.