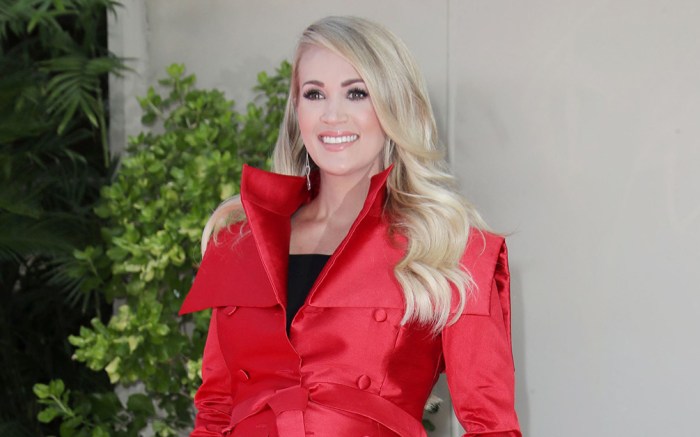 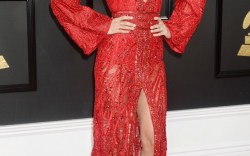 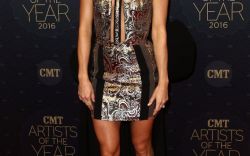 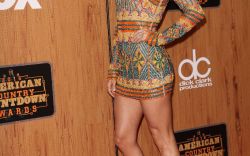 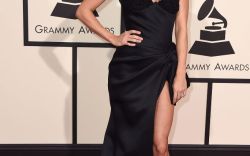 Country music star Carrie Underwood was honored in Los Angeles today with a star on the Hollywood Walk of Fame — a rite of passage for some of the biggest names in entertainment.

Of course, a special moment merits an outfit to remember. Such was the case when the songbird arrived in a red coat dress from John Paul Ataker’s fall ’18 line teamed with Minna Parikka’s edgy fall ’18 Maxine mules.

Under the chic double-breasted taffeta trench coat she had on a black minidress, and both colors were repeated down to her footwear.

Minna Parikka’s Maxine mules incorporated touches of femininity juxtaposed by edgy elements. Sleek details included a red upper split at the center with delicate metallic bow embellishments. Thin black straps — one with grommets and the other adorned with round studs — and chunky, structural metallic heels completed the footwear.