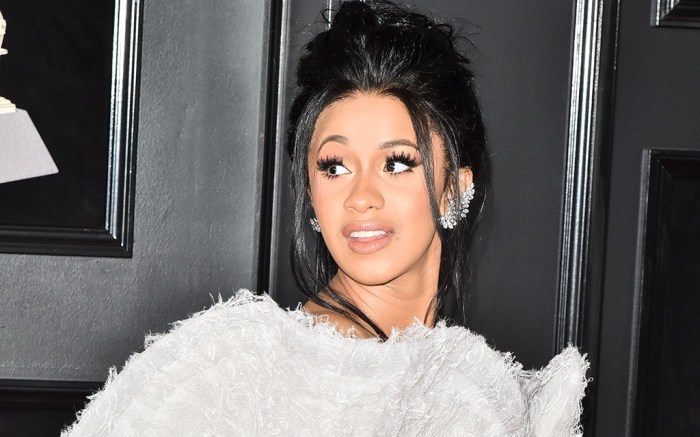 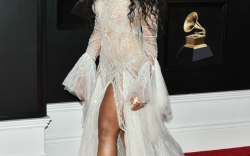 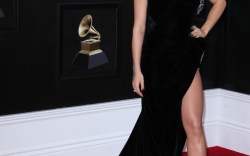 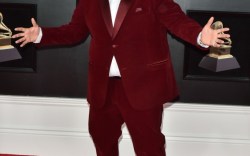 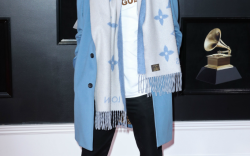 Cardi B is consistently a head-turner, whether it’s her outrageous and unfiltered comments or her edgy looks. The “Bodak Yellow” rapper — who has two nominations at tonight’s Grammy Awards, including Best Rap Song — stepped out on the red carpet in her favorite shoe designer: Christian Louboutin. Meanwhile, her eye-catching gown was just as luxe as her footwear selection.

The New York-based artist donned an avant-garde strapless number from Ashi Studio. While the asymmetrical style featured a floor-sweeping train in the back, the miniature cut in the front was the perfect length for showing off her lace Louboutin pumps.

Most notably, Cardi B’s red carpet ensemble stood out for its billowing neckline. It created a swanlike bodice that was mildly reminiscent of Bjork’s notorious 2001 Academy Awards look.

Whether she intended to channel Bjork’s quirky outfit remains unclear. But without a doubt, the rapper is already on track to be remembered for her iconic looks just as the Icelandic singer is herself. From her emergence as a bona fide fashionista during the Spring 2018 runway shows in New York to her numerous performance ensembles — including the $10,000 YSL boots at the MTV Awards — the world is watching her style transformation unfold.

In addition to Best Rap Song, Cardi B is nominated for Best Rap Performance at the 60th Annual Grammy Awards. She will perform at tonight’s show alongside Bruno Mars, and her attire is bound to be inspiring.