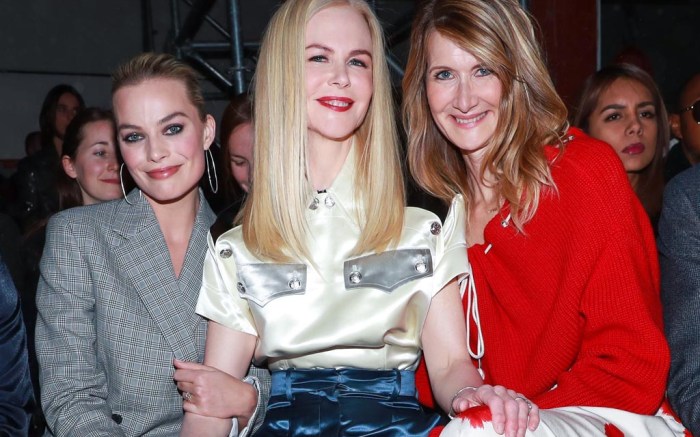 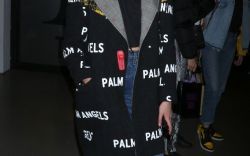 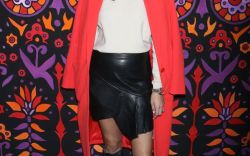 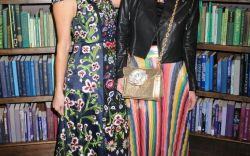 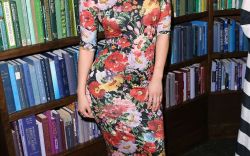 Today, Valentine’s Day, marks the final day of New York Fashion Week, and boy, was it fun. As per usual, A-list celebs flocked to the front row to take in the fall ’18 collections — from the cast of Marvel’s “Black Panther” at Calvin Klein to Selena Gomez at Coach 1941.

Scroll through to see which stars attended what show and, of course, what they were wearing.

On her left, “Big Little Lies” co-stars Nicole Kidman and Laura Dern both wore two-piece ensembles for the occasion. Kidman dressed in a blue satiny skirt and multicolored top with burgundy pointy lace-up ankle booties, while the “Jurassic Park” actress showed off a red sweater with a matching polka-dot skirt complete with the same sandals as Robbie in red.

The women dipped their shoes into a river of popcorn that covered many guests’ shoes up to the ankle. Dern had the snack in between her toes when she posed for a photo with Kidman and Robbie.

The cast of Marvel’s “Black Panther” was also on hand to take in Simons’ latest collection, with Lupita Nyong’o wearing a pale blue top with a skirt and matching slinky sandals (and with toes covered in popcorn).

On her right, Michael B. Jordan looked chic in a red and blue striped sweater with black pants and black Chelsea boots while Letitia Wright rocked the same knit top underneath a leather jacket and clear shoes.

At Michael Kors this morning, Emily Blunt was spotted posing for the cameras with Blake Lively wearing a green striped knit top with a floral skirt and sandals featuring a buckle detail. Meanwhile, the former “Gossip Girl” actress made a V-day statement in a fire engine-red patent leather trench coat paired with heart-embellished pointy white pumps.