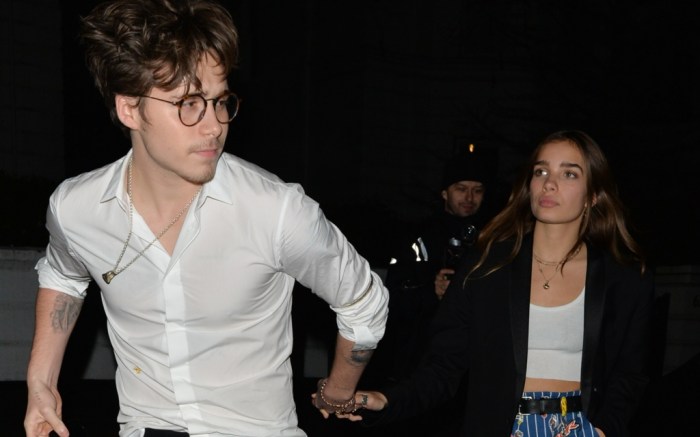 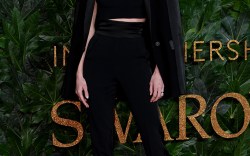 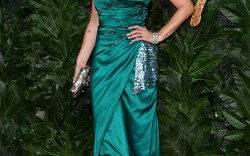 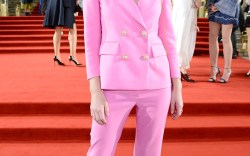 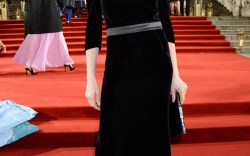 After attending the star-studded 2018 British Fashion Awards alongside his famous mom and dad last night (Victoria Beckham was nominated for British Womenswear Designer of the Year), Brooklyn Beckham was caught leaving a house party in North London with his new rumored girlfriend, model Hana Cross.

The pair was photographed walking hand in hand, with Beckham leading the way in a white shirt, tuxedo pants and black dress shoes. He appeared to have given Cross, 21, his suit jacket, which she wore over a white tank with bold blue pinstripe patchwork pants and black patent leather ankle boots. Both accessorized with necklaces.

The 19-year-old photographer — who was previously linked to actress Chloe Grace Moretz — wore his shirt slightly untucked with the sleeves rolled up, exposing his arm tattoos. He added round specs to complete his slightly disheveled yet dapper look. Meanwhile, Cross’ outfit was pulled together with a black belt and silver chain accessory.

Prior to meeting up with Cross, the eldest son of David and Victoria Beckham was at the British Fashion Awards, where a visibly pregnant Meghan Markle presented her wedding dress designer, Givenchy’s Clare Waight Keller, with the British Womenswear Designer of the Year Award.

Click through to see all the celebrities at the 2018 British Fashion Awards.