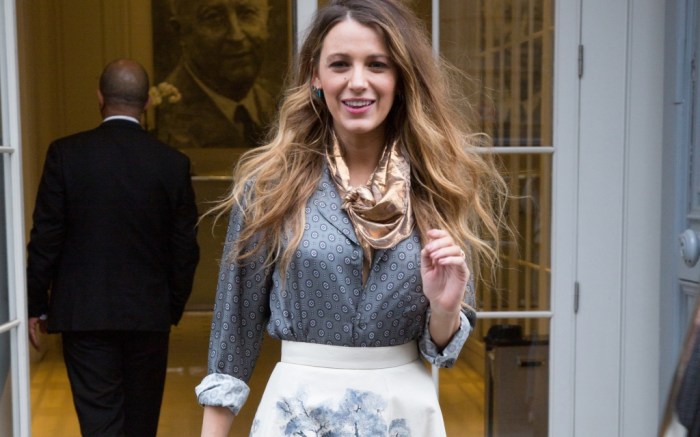 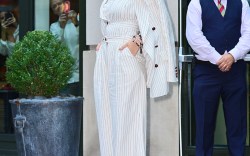 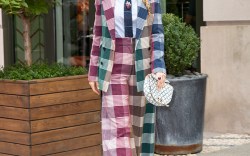 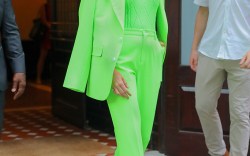 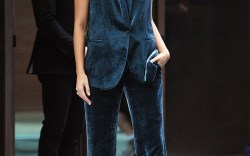 While many celebs are currently in Italy for Milan Fashion Week, Blake Lively has been in Paris promoting her new film co-starring Anna Kendrick, “A Simple Favor.” The actress was spotted today dropping by the Dior’s office in an attention-grabbing look.

The 31-year-old stepped out wearing a blue-gray printed menswear-inspired shirt tucked into a flowy white skirt featuring an eye-catching tree print. Lively also showed off a golden-brown silk scarf around her neck and a tiny green Dior handbag boasting a gold “D.” She completed her ensemble with burgundy stud-trimmed lace-up boots with a lug sole.

In the film, released Sept. 14 in the U.S., Lively’s character has a touch of her real-life self — a love of Christian Louboutin shoes. “The straight away inspiration for the wardrobe with Blake’s character was the fact that Blake is very good friends with Christian Louboutin,” revealed costume designer Renée Ehrlich Kalfus. “In our case, this was unbelievable. He sent us boxes and boxes of Louboutins.”