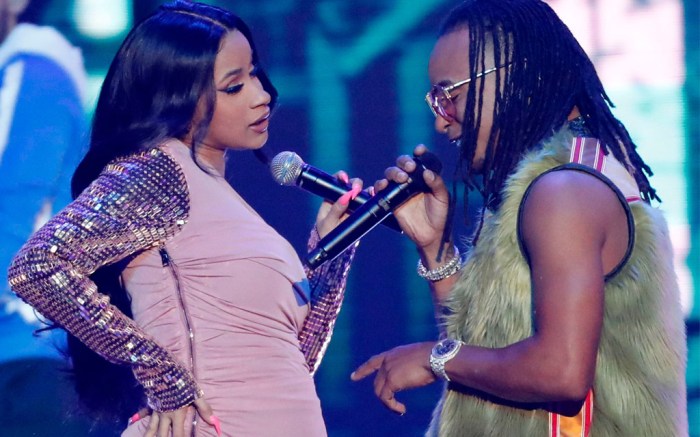 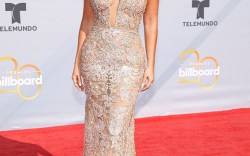 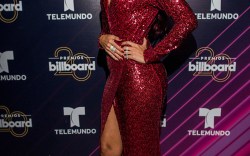 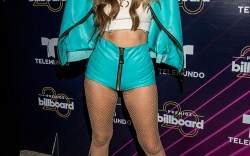 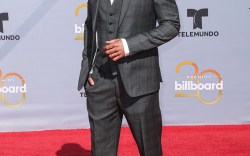 It was the song of 2017, so it’s no surprise “Despacito” — and its Puerto Rican performers Daddy Yankee and Luis Fonsi — swept the 2018 Billboard Latin Music Awards, taking home six trophies after the track lived for weeks on international music charts, including the U.S., where it was remixed to include Justin Bieber.

At the Mandalay Bay Events Center in Las Vegas, Daddy Yankee, Luis Fonsi and more of Latin music’s biggest stars — from Becky G to Ricky Martin — stepped out to celebrate the 20th anniversary of the awards show. While the red carpet had no shortage of glamour, it was the stage itself that saw the most extravagance, particularly through Jennifer Lopez’s explosive performance, in which she debuted a new single, “El Anillo” (“The Ring”).

Arriving with boyfriend Alex Rodriguez, J-Lo wore a sequined lilac minidress with a matching clutch and open-toe stilettos, then changed into a more shimmering head-to-toe diamond look for her hypnotic act.

Another major celeb to take the stage was Cardi B, who is several months along in her pregnancy. The rapper and reggaeton singer Ozuna sang their hit song, “La Modelo,” which she performed wearing a body-hugging sequined dress that accentuated her bump. The appearance marks one of Cardi B’s last until the fall; she announced on Instagram that her set at the Broccoli City Festival in Washington, D.C., will be her last before giving birth.

Click through the gallery to see the red carpet standouts at this year’s Billboard Latin Music Awards.