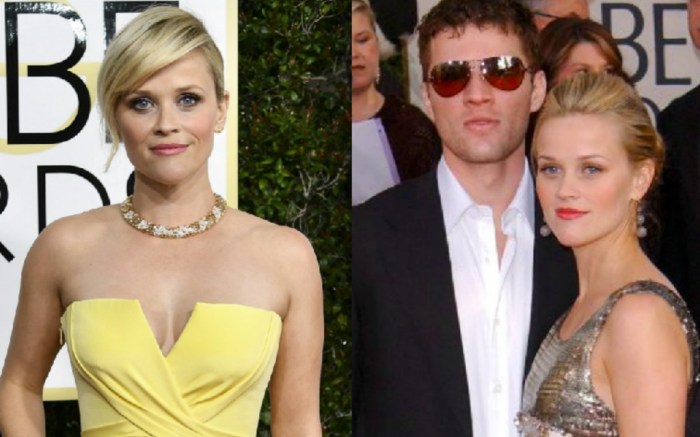 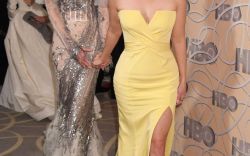 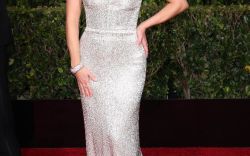 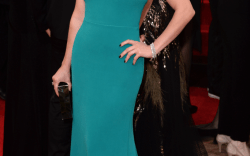 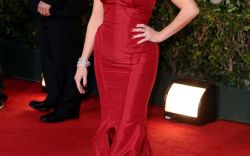 Reese Witherspoon has been shining bright on the Golden Globes red carpet for nearly two decades.

Whether she’s wearing a strapless silhouette or a sequin-embellished frock, the A-list star — who is nominated for Best Actress in a Mini Series for her role in “Big Little Lies” at tomorrow’s awards — always manages to look elegant.

Witherspoon, who helped spearhead the “Time Up” anti-harassment and gender equality movement that was introduced this week, will be in black tomorrow night as part of the huge female-driven initiative. But her past looks have included plenty of color.

At the HBO after party, Witherspoon showed off the matching ankle-strap pumps from the red sole  designer while walking the arrivals carpet with co-star Nicole Kidman.

Ten years prior at the 2007 Golden Globes, the award-winning actress rocked the bold yellow shade again, this time in a strapless knee-length Nina Ricci dress, which she paired with red slingback crystal-embellished pumps from Brian Atwood.

Two days before last year’s awards, Witherspoon posted a photo of the below look, writing, “#FBF to the 2007 #GoldenGlobes in @ninaricci by @olivertheyskens. Good luck to all of this year’s nominees!”

The year before at the 2006 Golden Globes, Reese walked the carpet with then-husband and “Cruel Intentions” co-star, Ryan Phillippe. She dazzled in a white sequined vintage Chanel mididress teamed with strappy silver slingback sandals.

For more of Reese Witherspoon’s style at the Golden Globes, check out the gallery.

Reese Witherspoon, Emilia Clarke and More Celebs Who Made a Bright Statement at the AFI Awards Luncheon