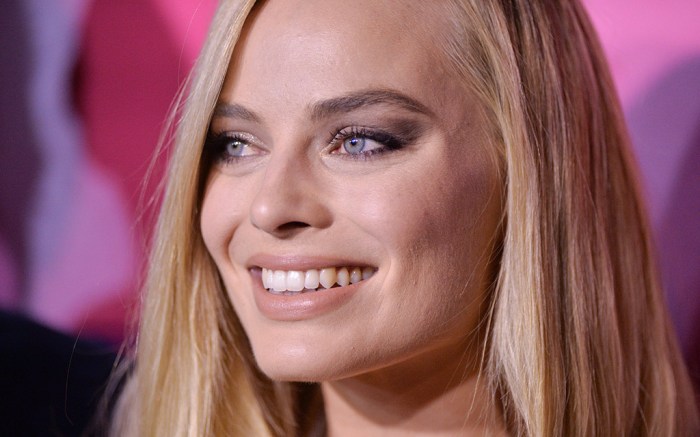 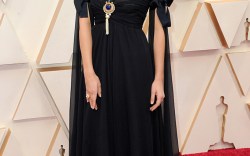 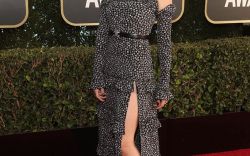 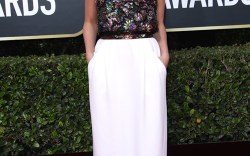 With her first Golden Globe and Screen Actors Guild nominations, Margot Robbie is headed into awards season in full force. The actress has received best actress nods for her performance as former professional figure skater Tonya Harding in the critically acclaimed “I, Tonya” film, and she is closer than ever to receive the coveted Oscars nom.

Since the film’s debut, Robbie has been on a whirlwind press tour and has opted for some standout ensembles with help from stylist Kate Young. She’s been spotted in a series of impressive looks from Dolce & Gabbana, Versace, YSL, Monse and Calvin Klein.

In the past, Robbie has made style statements in Gucci, most memorably at her first Golden Globes back in 2014. She donned a white and crystal embellished emerald gown paired with matching green Christian Louboutin platform heels.

Another Gucci moment came at the 2016 premiere of “Tarzan.” Robbie opted for an embroidered and fur-trimmed kimono dress with extreme Gucci platforms.

On Sunday, Robbie is expected to walk the Golden Globes red carpet, most likely in black like the rest of her fellow actors.

As we wait for awards season to kick off this weekend, click through the gallery to see more of Margot Robbie’s best red carpet looks.

Insiders On Why Everyone Is Wearing Black to Golden Globes 2018 &amp; What It Means For Shoes