9 Women With the Most Influential Style Through the Decades 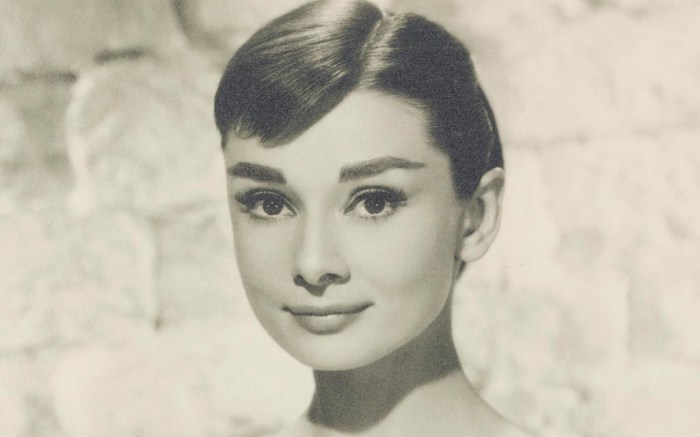 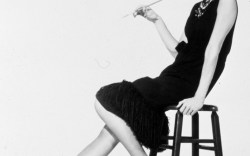 If your name becomes a signature hairstyle (think Farrah Fawcett hair), it might just be a solid case for style icon status. Or, perhaps singing a song titled “Like a Virgin” while wearing an ironic fashion choice of a white tulle dress and fingerless lace gloves would do the trick (classic Madonna).

From actresses and singers to first ladies and real-life princesses, these are the women whose styles have left a lasting impact on the world.

In the 1920s Baker was a leading entertainer of the jazz age. Her risqué performance looks were typically topless while a skirt of bananas rested on her hips, making the dancer quite revolutionary in her day. Outside of stage costumes, the St. Louis-born artist maintained a polished yet glam aesthetic, trademarked by accessories (especially ornate hair pieces).

It’s safe to say that Cher was a risk-taker. Long before it was the norm to bare midriffs and lots of skin at red-carpet events, the singer was making waves with her 1986 Academy Awards look, one of the grandest fashion moments in the show’s 90-year history, which featured a feathered headdress, embellished crop top and black boots. Pioneering crop tops as the norm was just one of the many trends that Cher set, her influence on style peaking in the ’60s and ’70s and lasting well into today.

Princess Diana’s balloon-sleeved wedding dress is unforgettable. Its 10,000 pearls and 25-foot-long train captured the world’s attention as she was escorted out of her wedding in 1981 by husband Prince Charles, revealing the David and Elizabeth Emanuel design. Her looks only continued to be documented, her royal style showing an affinity for fascinator hats and white heels.

Few women of the ’70s can deny having coveted Farrah Fawcett’s perfectly teased and tousled hair. The “Charlie’s Angels” front woman was at the epicenter of cool in her heyday, led by her golden locks and girl-next-door glow. Her notorious skateboarding photo from the set of the vintage TV series lives on as an iconic cultural and fashion image. The actress not only made skateboarding look cool and chic, but also touted a pair of classic Nike Cortez sneakers in the process — a look Bella Hadid re-created for the brand as recently as last year.

There are certain fashion images that are just so classic, they inevitably become emblazoned in history. Since the ’50s, Audrey Hepburn’s all-black ensemble has remained one of the most memorable.

Featuring a simple long-sleeve black shirt, cigarette pants and loafers, the photo shoot portrays the charismatic actress in what is believed to be her most true form. It’s the sheer simplicity yet sophistication of that famous look that has made the actress influential long past her time.

“Ms. Jackson if you’re nasty.” Like Cher, the singer and dancer loved to bare her belly throughout her golden era, mainly the ’90s and ’00s when her style was most prominent. As sister to pop legend Michael Jackson, it’s no wonder that some of her staple wardrobe pieces were borrowed from the boys, especially her knack for pantsuits and oversized blazers. Jackson’s aesthetic is not to be confused as taking a backseat to her brother’s, however.

Without a doubt, she was one of the coolest to ever wear any all-black or all-white look, especially onstage. Giuseppe Zanotti even created custom shoes for the performer’s “Unbreakable” tour in 2015.

Known also as Jackie O.,  the former first lady to John F. Kennedy was elegance personified, whether wearing a suit or an evening gown (paired with evening gloves, of course). Shift dresses and large round sunnies were as much her signature as were the prim skirt suits she donned throughout her tenure as first lady in the ’60s. A pillbox hat and understated pumps were typical finishes for her refined look.

Class, grace, poise — these three words can describe former first lady Michelle Obama in both character and style. To have lived in the White House in an age where fashion and politics are more heavily scrutinized and documented than ever, Obama maneuvered the scene like a pro. While she didn’t shy away from popular high-fashion brands, she famously became known for wearing and bringing emerging designers to the forefront as well, including Jason Wu and Tanya Taylor. At a White House roundtable in October 2011, she was quoted as saying, “I try to be thoughtful about spreading the wealth: young designers. Mixing things up is important to me.”

More is more in Diana Ross’ world and that often includes tons of sequins, big hair and an even bigger smile. Ross, who rose to fame in the ’60s as the lead singer for the Supremes, has long had a fabulously vibrant style with an effervescent personality to match. She was spearheading retro white booties long before they made their return in the present day. And monochromatic dressing? She does not miss when it comes to her beloved all-red attire.

The singer’s fashion imprint is evident in daughter Tracee Ellis Ross, who is becoming an icon all her own. But it’s evident on a global level as well. Just this past fall, she was honored with a Lifetime Achievement Award at the American Music Awards.