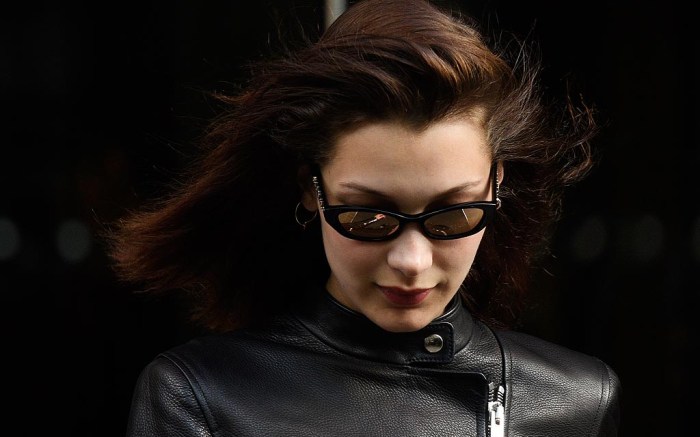 No stranger to rocking an all-black look, Bella Hadid hit the streets of Paris Thursday wearing another “Matrix”-inspired ensemble.

The unisex Franco-Chinese shoe label, known for its vulcanized rubber dips, is a Hadid favorite. “Both Paris takes a very minimalist approach to the kind of sneaker and high top that is trendy right now,” the sisters’ stylist Mimi Cuttrell told FN of the brand in March.

Hadid is wearing black Lace-Up Zip Army boots, which retail for $525. The style from the label’s fall ’18 collection features a chunky rubber outsole and leather lining.

The Nike ambassador accessorized with a black patent leather Chanel belt bag featuring the iconic double-C logo and futuristic frames for the outing.

The rising model, who signed a deal with Nike in 2016, first hit the catwalk for Chanel in 2015 at the Metiers d’Art show in Rome.