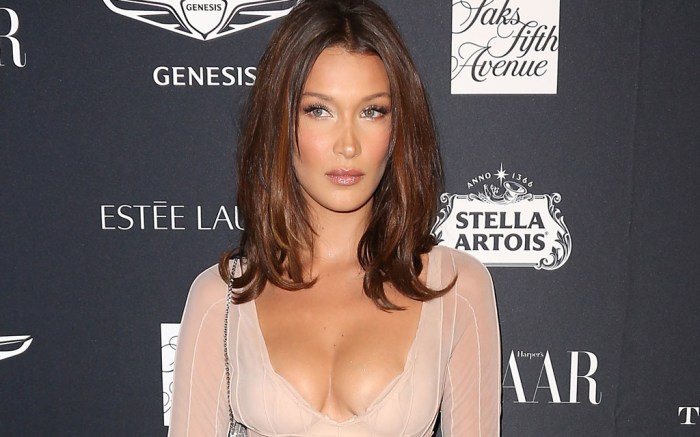 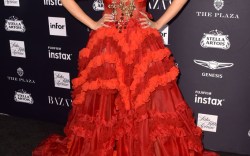 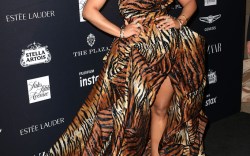 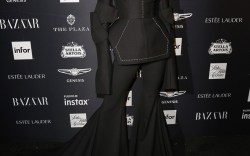 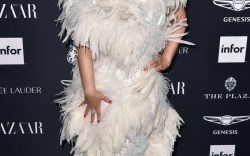 Catsuits might be banned from the French Open, but they’re fair game on the red carpet.

The 21-year-old stole the show at the star-studded event in the surprising ensemble — and she made it work.

The skintight, skin-colored bodysuit was almost entirely transparent, apart from the bodice, allowing Hadid to show off her famous figure. The catsuit featured a plunging neckline and showed off Hadid’s tiny waist.

For footwear, the catwalker selected see-through pumps with an exaggeratedly pointed toe, choosing a style that has been favored by celebrities in recent seasons.

The stunner’s sister, Gigi, also made it to the event after walking in Ralph Lauren’s show earlier that evening. Gigi looked chic in an ethereal Vivienne Westwood dress and lace-up boots.

While Hadid’s nude catsuit brought the drama, the big news of the night came from an alleged fight between Nicki Minaj and Cardi B. After Cardi reportedly threw a shoe at her rapper foe, the star was escorted out of the party by security.

Click through the gallery to see more celebrities’ ensembles at the event.