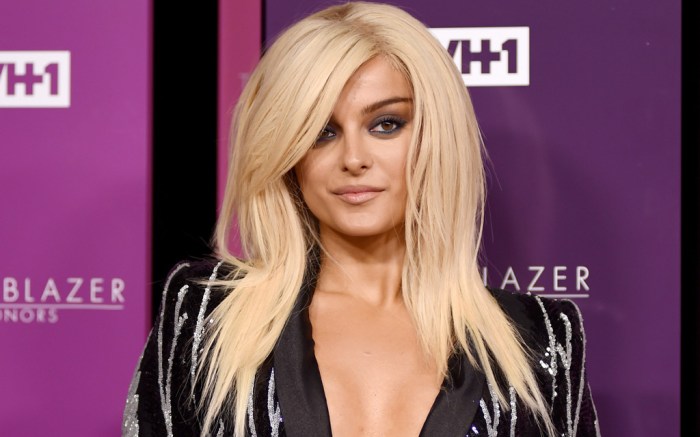 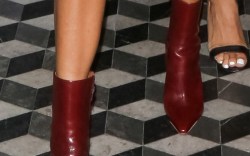 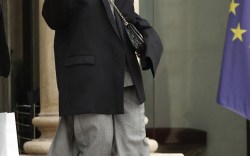 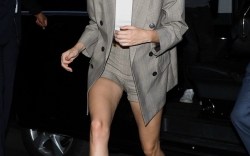 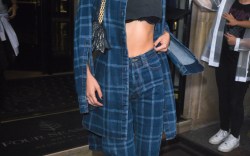 Bebe Rexha glistened in a black and silver ensemble as she posed on the red carpet at the VH1 Trailblazer Awards in New York Thursday night.

Rexha sported an embellished blazer with a plunging neckline and skinny black trousers for a bombshell take on a menswear-inspired look. The “Meant to Be” songstress finished her look with sparkly footwear for a cohesive look from head to toe, choosing satiny black sandals with rhinestone embellishment.

The following day, Rexha wore a form-fitting look as she performed on “Good Morning America” in New York’s Central Park as part of the show’s summer concert series.

The 28-year-old — who is styled by Maeve Reilly, the same stylist behind Hailey Baldwin and Halsey’s ensembles — made an edgy statement in a custom, curve-hugging L.A. Roxx look made of leather and denim, paired with studded booties. She completed her ensemble with Jennifer Fisher earrings.

“Expectations” is trending at No. 3 worldwide on the iTunes album charts, falling behind Panic! At the Disco’s “Pray for the Wicked” at No. 1 and Beyoncé and Jay-Z’s dual effort, “Everything Is Love,” at No. 2.