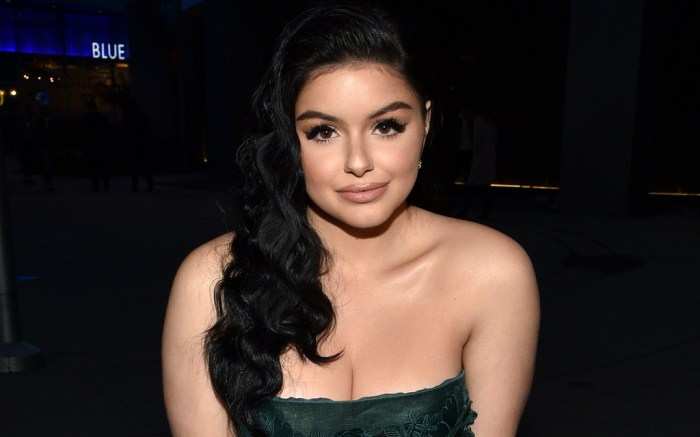 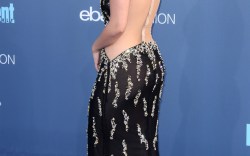 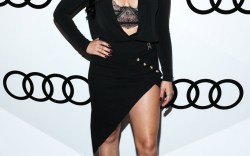 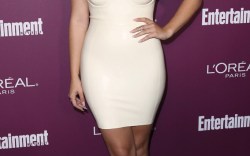 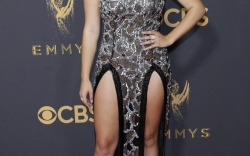 Ariel Winter is never one to shy away from body-confident looks.

And the star lived up to that reputation in a sultry shot posted to her Instagram account yesterday.

In the image, Winter wears a black bodysuit with a plunging neckline, which she pairs with sensual thigh-high boots.

The edgy boots feature cut-out detailing throughout, with a pointed toe and high heel.

With camera equipment and a white backdrop visible in the background, the shot appeared to be the behind-the-scenes image from an upcoming shoot. However, Winter did not elaborate on the reason behind the shoot.

As Winter rocked a high ponytail similar to Ariana Grande’s, the actress’ fans compared the look to those sported by the “God is a woman” singer, who often reaches for thigh-highs.

Winter is known for her revealing style, often choosing cropped shirts, tiny shorts and minidresses while out and about in Los Angeles.

The 20-year-old began taking courses at UCLA last fall, but she later decided to take a break from her studies, choosing instead to focus on her acting career. She is best-known for her role on “Modern Family,” which has racked up more than 20 Emmy Awards and is going into its 10th season.

Click through the gallery to see more of Ariel Winter’s body-confident style.