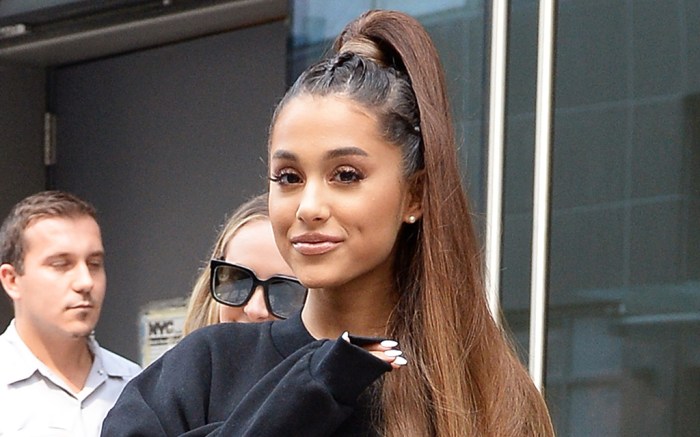 Ariana Grande is known for sticking to what she likes when it comes to her hairstyles and her clothing. So it wasn’t exactly a surprise to see the pop star stepping out in another pantless look today as she headed to a taping of “The Tonight Show Starring Jimmy Fallon” in New York.

There’s no question that Grande has a thing for thigh-high boots, as she’s often seen rocking the popular silhouette. In addition to Sergio Rossi, she tends to gravitate toward trendy brands such as Yeezy, Giuseppe Zanotti, Gianvito Rossi, Stuart Weitzman, Le Silla and more.

This comes on the heels of a new GQ interview with fiancé Pete Davidson in which the 24-year-old comedian revealed that the happy pair has “six beanbags but “no forks.”

“We’re learning how to be adults. We’re having a really fun time,” he told the mag.