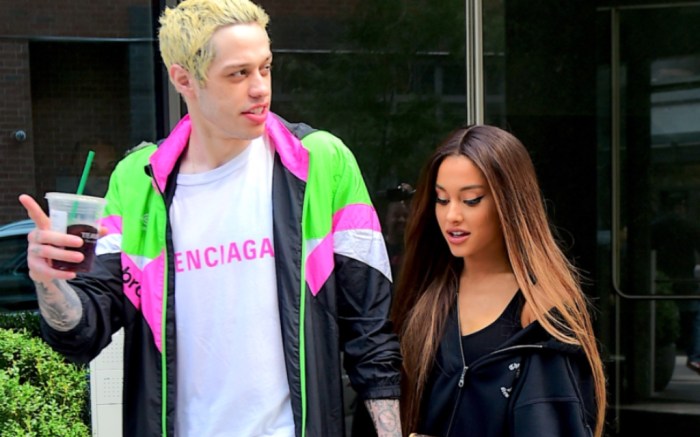 It’s been established that Ariana Grande has a thing for going pantless. It’s essentially her signature look at this point — along with her half ponytail. And — while the pop superstar let her hair down yesterday when she stepped out for VMAs rehearsal yesterday — she stuck with her go-to outfit, an oversized top with thigh-high boots.

Grande, who was accompanied by fiancé Pete Davidson, wore a thigh-skimming black zip-up hoodie over a black tank paired with bright yellow over-the-knee stiletto booties. The slightly slouchy pointy-toed silhouette added the perfect pop of color to her ensemble.

Davidson famously popped the question after only a few weeks of dating, proposing to the “God is a Woman” singer with a $93,000 pear-shaped diamond.

Check out Ariana Grande’s style evolution through the years.

This Is How Much Ariana Grande Makes With Each Concert Tour