Happy Birthday, Ariana Grande: See How Her Style Has Grown Up Through the Years 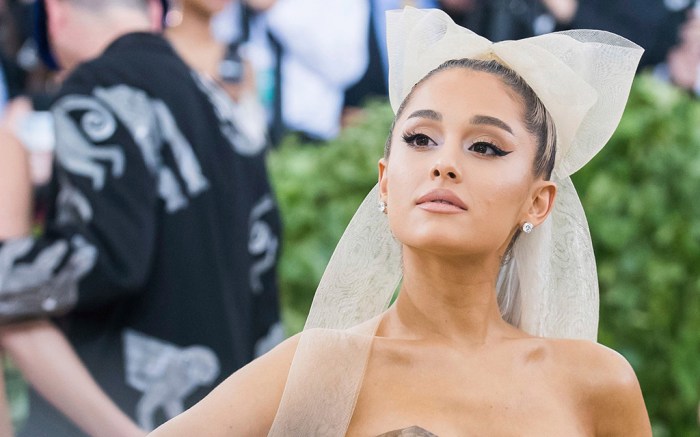 Ariana Grande has gone from Nickelodeon kid actor to becoming a mega pop-star, and style influencer, in a few short years. Sporting playful, yet sophisticated looks, Grande’s fashion has transformed since she first started in the business.

Now, Grande is making her marking her 25th birthday today. And with her upcoming fourth studio album, “Sweetener,” dropping this summer, Grande’s style is expected to evolve even further.

With help from stylist Law Roach, Grande’s overall look has grown since the days of babydoll dresses and platform pumps. Now, if she does happen to wear a babydoll-esque dress, it’s elevated and editorial. Like last month, when she performed her single “No Tears Left To Cry” at the Billboard Music Awards wearing custom Christian Siriano and Casadei thigh-high boots.

Off stage, however, Grande is often seen wearing oversized athleisure looks and sky-high heels — mixing ultra feminine pieces with more masculine attire. The singer, who partnered with Reebok last September, is all about self-expression and individuality, which is seen through both her art and her everyday ensembles.

“I don’t believe clothing has any sort of gender specifics — I want to shop in the boys’ section,” she said at Reebok event last year, noting that Adidas collaborator Pharrell Williams is a major style influence. “I literally buy everything I see him wearing. He’s like Regina George, and I’m Cady Heron [from ‘Mean Girls’],” she laughed.

As for her shoes, Grande is a fan of Reebok‘s Classics collection, and she is undoubtedly a high-heels fanatic.

“She’s the only person I know who does a concert in 6-inch heels. This girl doesn’t stumble,” said Roach. “After her show in Anaheim, we went to Disneyland, and she still walked around in 6-inch heels. Those feet are magical. She is my dream girl when it comes to that.”

Grande has been spotted in many thigh-high boot looks including custom Giuseppe Zanotti and Loriblu boots, as well as Casadei and Alaïa. Other go-to designers have included Gucci, Stuart Weitzman and Le Silla.