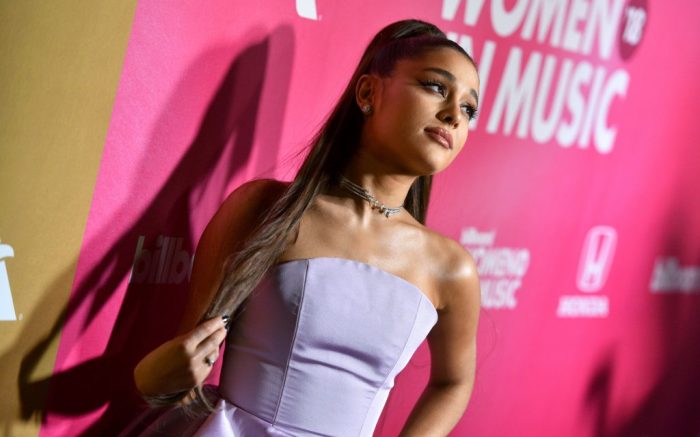 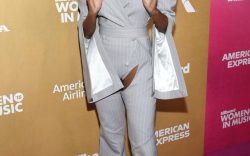 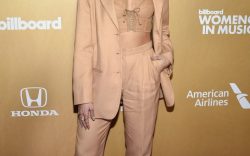 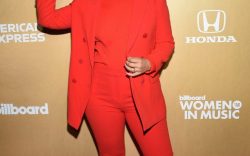 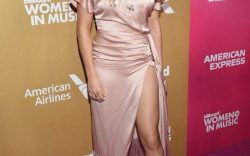 Getting over a breakup is hard enough as it is, but when you’re a celebrity, it becomes infinitely harder — and it’s something that Ariana Grande acknowledged during an emotional speech as she accepted the Woman of the Year award at the 13th annual Billboard Women in Music event that took place Thursday night in New York.

“I find it interesting that this has been one of the best years of my career and the worst of my life,” the 25-year-old singer said, referring to her very public split with Pete Davidson. “A lot of people would look at someone in my position right now as an artist that could be at her peak and think, ‘She’s really got her shit together, she’s really on it. She’s got it all.’ And I do, but as far as my personal life goes, I really have no idea what the fuck I’m doing. It’s been a very conflicting one, and I just want to say if you’re someone out there who has no idea what this next chapter is going to bring, you’re not alone in that.”

She held back tears before shaking it off and laughing, “I’m not going to cry, that’s really annoying.”

For the occasion, Grande went for one of her signature styles: a sweet strapless Christian Siriano design with a dramatic bubble hem and a pair of her favorite Le Silla Eva boots custom-made to match the lavender shade of her dress. Her trademark high ponytail rounded out her look.

“I’m really looking forward to embracing whatever happens and whatever comes my way. I look forward to hopefully learn to give some of the love and forgiveness that I’ve given away so frivolously and easily to men in the past to myself, hopefully, this year,” she said. “I have everything I’ve ever dreamt of having, and as of late, I’ve discovered that it’s the things I’ve always had and the people I’ve always had that still make me the happiest.”

And to cap everything off, she performed her hit song, “thank u, next.” Watch her speech and performance here.

Click through to see all the celebrities who attended the 2018 Billboard Women in Music event.

Ariana Grande Returns to the Stage in Signature Thigh-Highs

Kourtney Kardashian Dresses Up as Ariana Grande for Halloween