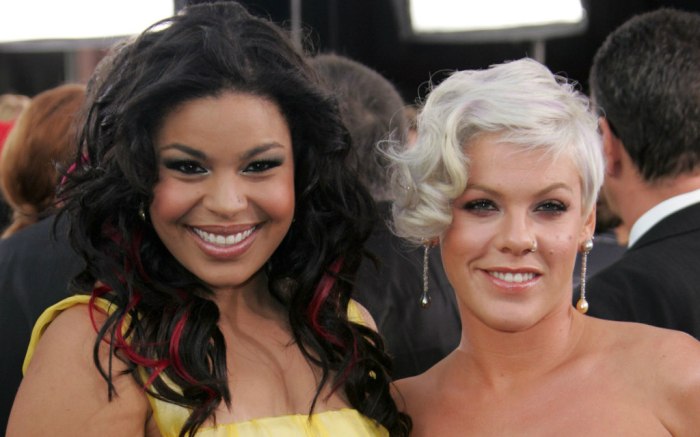 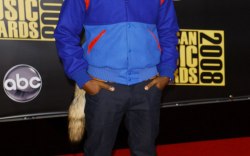 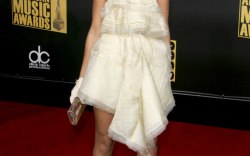 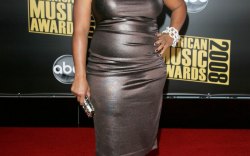 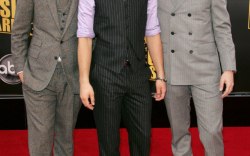 The 2008 American Music Awards were all about heavy metal — on the red carpet, that is. Many of the recording industry’s biggest stars embraced the metallic trend that year, rocking minidresses and gowns in shimmery silver, gold and platinum hues.

Christina Aguilera — who opened the show with a stirring medley of six of her biggest hits — went for a classic bombshell look in a lacy silver Elie Saab couture creation that was covered in glittery crystals. A then-18-year-old Taylor Swift (who took home the Favorite Country Female Artist award) also had a silver moment in a Collette Dinnigan one-shoulder sequined dress, which she wore with simple Christian Louboutin peep-toe heels.

Miley Cyrus, on hand to perform her hit single “Fly on the Wall,” dazzled in a gold and black strapless minidress by Marchesa. She accessorized with a vampy pair of black Christian Louboutin pumps. (And who could foresee her crazy fashion transformation that was soon to come?)

A 16-year-old Demi Lovato, whose “Camp Rock” movie turned her into a breakout star in 2008, looked perfectly fresh and youthful in a ruffly, halter-style Gustavo Cadile dress. She matched her rosette-trimmed pumps to the dress’ black sash.

Click through the gallery to see even more red-carpet fashion from the 2008 American Music Awards.