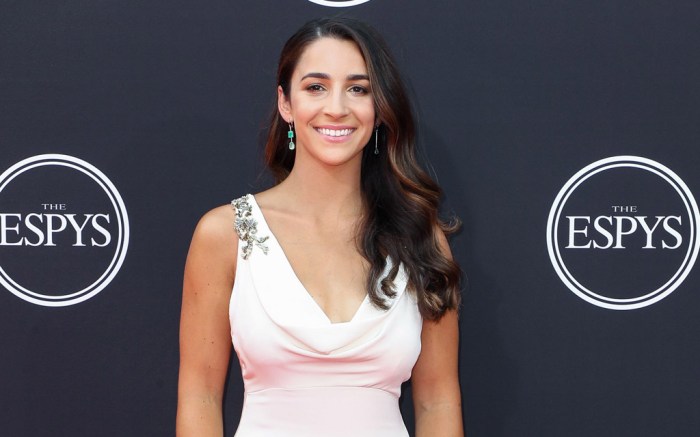 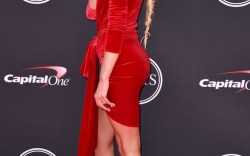 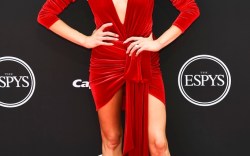 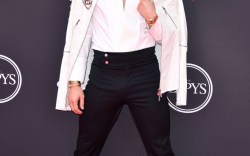 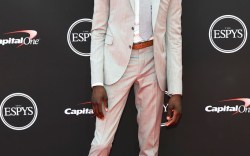 Aly Raisman arrived at the 2018 ESPY Awards last night triumphant on the red carpet and on the stage.

The Olympic gold medalist nodded her victory with an apt choice in shoes, gold heels by Alexandre Birman teamed with a white floor-length column dress. Through the ethereal gown’s slit, the Brazilian designer’s Shanty gold metallic watersnake sandals were showcased as she made her way inside for the ceremony, where she, along with 141 “sister survivor” athletes, were honored with the Arthur Ashe Courage Award.

Raisman was among the survivors at the award show who spoke out about sexual abuse under the care of disgraced doctor Larry Nassar.

“To all the survivors out there, don't let anyone rewrite your story. Your truth does matter. You matter. And you are not alone.”

Tonight, Aly Raisman and her sister survivors brought the #ESPYS audience to their feet. pic.twitter.com/0sVTI0wLUH

“To all the survivors out there, don’t let anyone rewrite your story. Your truth does matter. You matter. And you are not alone.”

Emotions were also running high for the guests who stood to recognize the courage of their fellow athletes.

Sensual Sandals Are Trending on the 2018 ESPYs Red Carpet