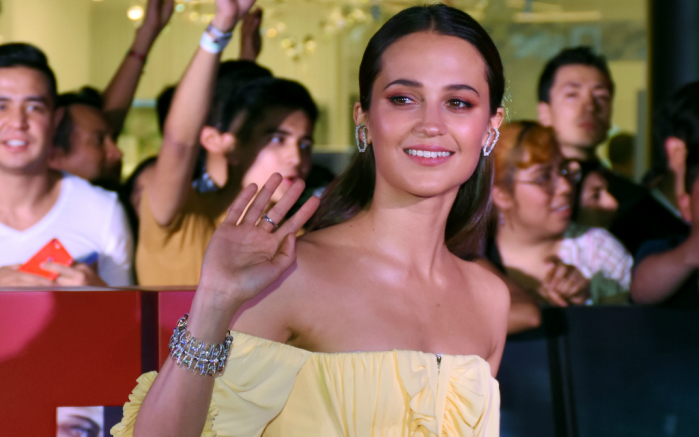 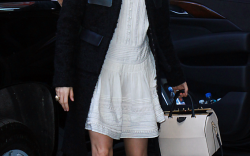 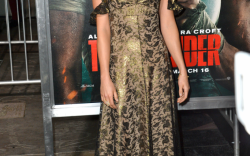 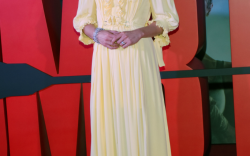 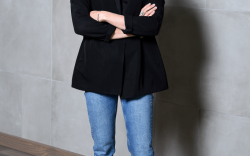 She’s the face of Louis Vuitton, so it’s no wonder that Alicia Vikander has hit the red carpet during her “Tomb Raider” promotional blitz showing off more than one design from the luxury French fashion house. Vikander taps into her inner action hero as Lara Croft in the movie.

For footwear, the 29-year-old Swedish star — who made waves in 2016 when she took home an Oscar for Best Supporting Actress in “The Danish Girl” — has been reaching for her tried-and-true Jimmy Choos.

Meanwhile, days prior at a photocall in Stockholm, the newlywed — who secretly married fellow award-winning actor Michael Fassbender in October — dressed up a casual look consisting of skinny jeans and a black top with Jimmy Choo’s Lucy half d’Orsay pointy-toed pumps in black suede.

Stepping out with her new husband in London on March 6, the “Ex Machina” star wowed in a floral print satin gown featuring a slit with sky-high platform metallic sandals.