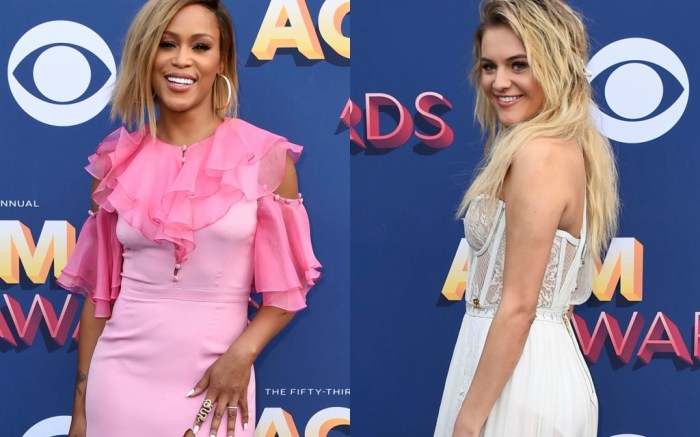 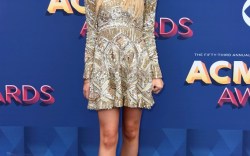 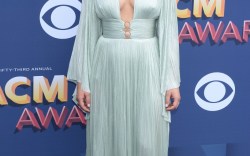 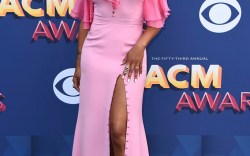 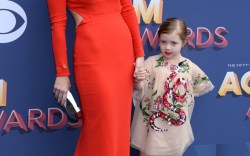 Country musics’ brightest stars took over the ACM Awards blue carpet tonight and sartorially, they didn’t disappoint. While Kelsea Ballerini opted for white, others, like Eve, reached for colorful numbers and Nicole Kidman sparkled in a gold column. Keep reading to see which of your favorite celebs stood out in Las Vegas tonight.

Meanwhile, Miranda Lambert looked red-hot in a fire engine-red dress boasting a sequined cut-out bodice. The “Tin Man” singer, who is nominated in three categories tonight, polished off her look with a mini magenta satin clutch, an assortment of rings and a bracelet.

Elsewhere, Eve stunned in a bubblegum punk ruffly tulle off-the-shoulder number with a thigh-high slit. The rapper, who is presenting at the ceremony tonight, pulled things together with enormous silver hoops, several rings and white-hot pointy-toed pumps.

For more of the best dressed stars on the red carpet at the ACMs, check out the gallery.

Embellished Shoes on the Red Carpet at the ACM Awards