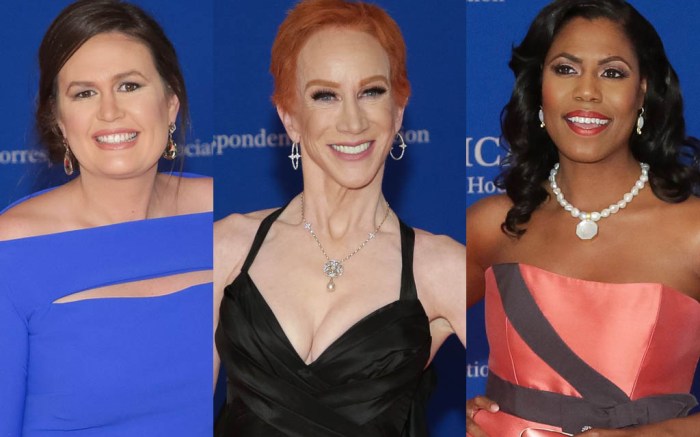 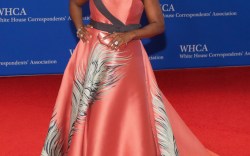 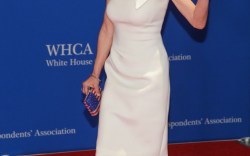 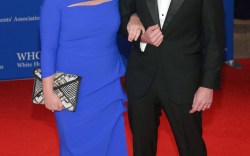 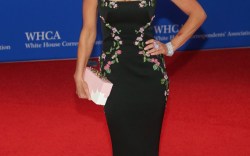 Celebrities, politicians and journalists have converged tonight in Washington, D.C., for the annual White House Correspondents’ Dinner. For guests it’s known as a celebration of media and government, but to observers it’s known as “nerd prom” — one of the few occasions where the personalities get dolled up, mingle and leave the political slaps to the comedians.

Arriving on the red carpet ahead of the ceremony, Kathy Griffin looked elegant in a vintage Oscar de la Renta gown. The floor-length number featured a halterneck bodice and ruffled train. The outspoken activist and comedian modeled three other outfits and chose the luxury design house’s dress after taking suggestions from her Instagram followers, she explained on the social networking platform.

Former Trump staffer Omarosa Manigault looked elegant in a strapless coral dress with feather prints. Meanwhile, White House Press Secretary Sarah Sanders, who sat at the head table in place of the commander-in-chief (who skipped the event), looked chic in a floor-length blue cold-shoulder gown with a cutout around the bust. For footwear, she sparkled with glittery pointy pumps.

“The Daily Show” correspondent Michelle Wolf delivered the roast and fired some wisecracks off at Sanders, Conway and other Trump administration fixtures as well as journalists from the right and left.

The White House Correspondents’ Dinner honors reporters who cover the White House. Among the programs, scholarships are awarded, and there’s a light-hearted roast. It is a Washington, D.C., tradition that began in 1920.

Best Dressed at the White House Correspondents’ Dinner Through the Years