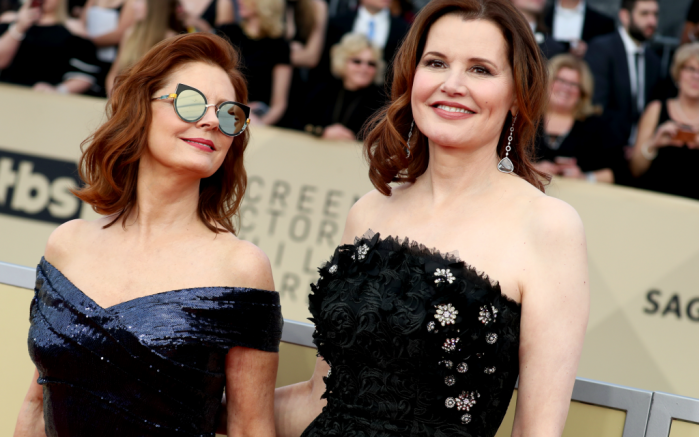 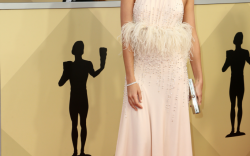 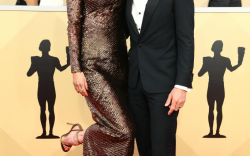 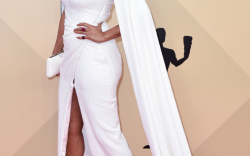 Celebrities from television and the big screen hit the red carpet in style at the 24th Screen Actors Guild Awards tonight in Los Angeles. So far, there’s been a “Thelma & Louise” reunion, Nicole Kidman and Keith Urban won cutest couple, and a “Stranger Things” star wore sneakers. Scroll through to see some of the best moments from the arrivals at the SAG Awards.

Margot Robbie, who is nominated for her role in “I, Tonya,” wore a nude embellished floor-length gown with feather detailing at the waist and a dramatic train.

Meanwhile, “Thelma & Louise” co-stars Susan Sarandon and Geena Davis looked chic in navy and black. Both are wearing pointed-toe pumps. The “Feud: Bette and Joan” actress accessorized her sequined gown with tinted shades, adding a little extra something to her look.

Elsewhere, Nicole Kidman shined in a sequined gown with sandals alongside her country music star husband, Keith Urban, who looked sleek in all black.

Another happy couple spotted on the red carpet at the SAGs was John Stamos and his pregnant fiancée, Caitlin McHugh, who showed off a small baby bump in a black gown featuring a thigh-high slit and matching slinky sandals.

For more celeb arrivals on the red carpet at the 24th SAG Awards, check out the gallery.