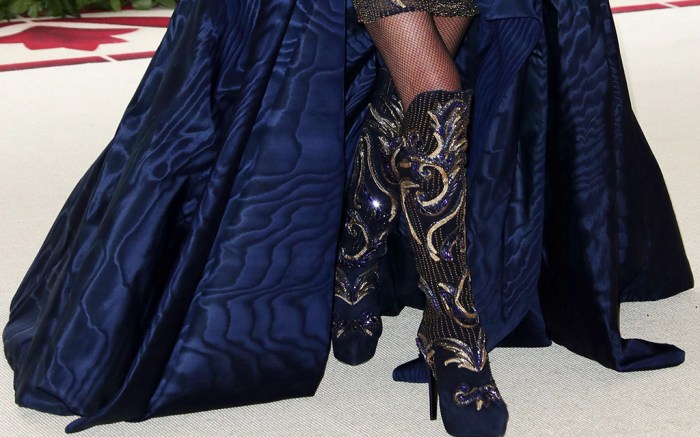 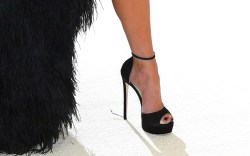 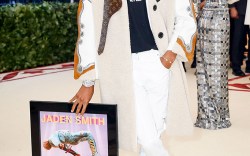 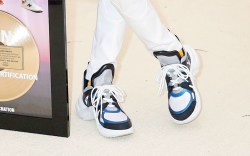 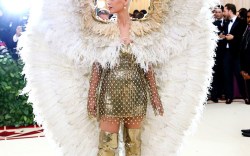 The 2018 Met Gala went off without a hitch last night in New York. With this year’s theme, “Heavenly Bodies: Fashion and the Catholic Imagination,” celebrities brought out their Sunday best.

While Rihanna, Ariana Grande, Sarah Jessica Parker and Gigi Hadid made statements with their religion-inspired designer ensembles, there were, however, many shoes that turned heads all on their own.

For starters, custom was the way to go.

Designer Alexandre Birman created shoes for Kate Upton’s Met Gala outfit. These open-toed sandals featured a velvet black heel with jewel detailing. He told FN, “My main inspiration was the bow tie of the Clarita shoe — that’s my signature. The front is something special I developed with Swarovski. I love it.”

Blake Lively also had one-of-a-kind heels made for the occasion. The actress donned custom Christian Louboutin heels detailed with crocodile skin and precious stones. She walked the red carpet with the designer, who said, “I wanted to design a delicate armor for her feet. A feminine warrior with a gold tassel for the religious wink.”

Other standout shoe looks on the red carpet came from the many women who wore Versace, including the designer herself. Her Versace boots came beaded, paired with a minidress, a floor-length ballgown skirt and macro Barocco buckle belt.

For more of the most outrageous shoes seen on the Met Gala red carpet, click through the gallery.