Swoon Over the Haute Men of the 2018 Met Gala 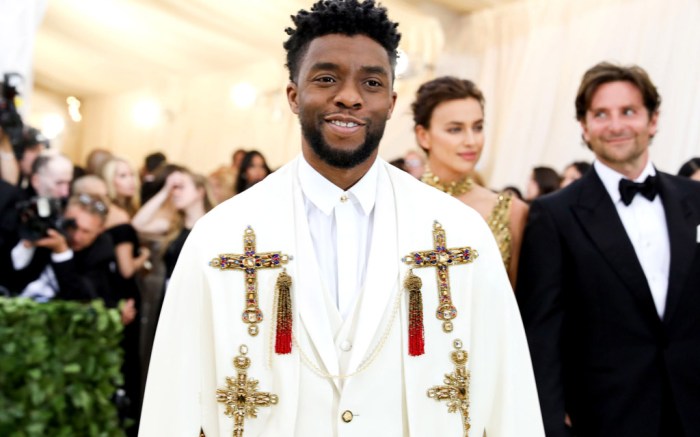 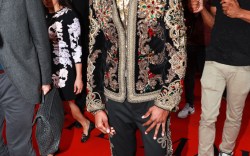 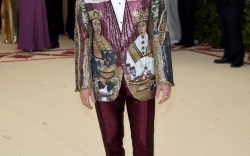 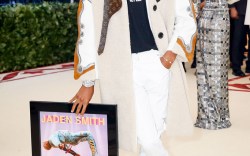 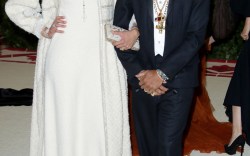 To no one’s surprise, the women always steal the spotlight on the red carpet. It’s a rare occasion when men take style risks at A-list events — opting instead to play it safe in a black tux and lace-up shoes.

Apparently, hell doesn’t have to freeze over before the boys bring out their best looks. The storied Met Gala offered an opportunity today in the Big Apple for the men to step outside their comfort zones and steal some attention of their own.

Thank the fashion gods for this year’s theme, “Heavenly Bodies: Fashion and the Catholic Imagination,” because it inspired many of the men to showcase some style worthy of praise.

Christian Combs, one of Diddy’s children, sparkled in an eye-catching Dolce & Gabbana suit complete with ornate gold embroidery and colorful beads down to his black slippers, which featured a subtle cross detail in red crystal. A crown completed the look.

Similarly, actor Darren Criss stepped out in black slippers adorned with beaded crosses. Bordeaux trousers served as a chic companion to the shimmering sequins on his jacket by Dolce & Gabbana.

Meanwhile, Oscar winner Jared Leto was clad in Gucci and arrived with singer Lana Del Ray and the fashion house’s creative director, Alessandro Michele. The luxury brand’s iconic horsebit loafer was Leto’s footwear of choice — simple, black and classic — but he embraced an edgy look with the rest of his wardrobe, which presented artistic depictions of Jesus. Leto’s long hair, facial fuzz and gold crown added to the effect.

Musician Nick Jonas had on simple black slippers and a black suit by Dolce & Gabbana that had a subtle paisley print with color-contrast stitching and a gold cross accessory under the collar.

It’s been said that all good things come in threes, and the members of rap group Migos — rappers Quavo, Offset and Takeoff — were the trinity of style in Gucci.

SZA, Katy Perry and More Stars Stomped Out in Fierce Boots at the Met Gala