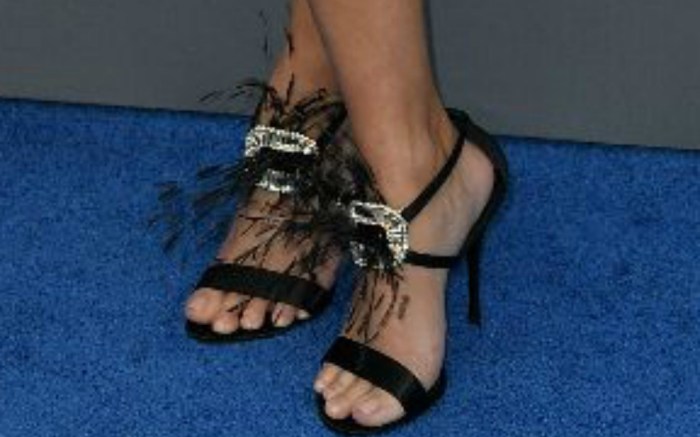 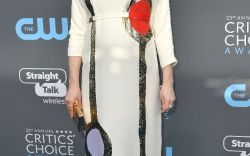 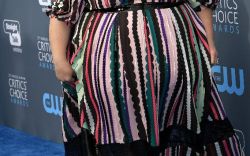 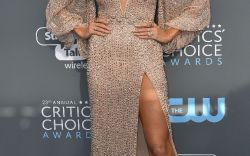 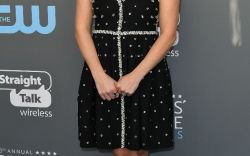 Hollywood’s A-list, from Angelina Jolie to Margot Robbie to Gal Gadot, was out in full force tonight for the 23rd Annual Critics’ Choice Awards, hosted at the Santa Monica Civic Auditorium in California. And many of them chose strappy sandals and other cuts of the shoe style for the night. Robbie paired a jumpsuit with a pair of gold Minny Jimmy Choos. She received a Best Actress nod for her work in “I, Tonya.”

Jessica Biel, who was nominated for “The Sinner” in the Best Actress in a Movie Made for TV or Limited Series category, sported a partially sheer dress with a tulle skirt and a shoe style similar to that of Robbie’s but in black.

Sarah Hyland walked the carpet in a stiletto-heeled sandal embellished with pearls and a poufy black and white ballerina-style dress. The “Modern Family” actress presented the category Best Actor in a Movie Made for TV or Limited Series, which Ewan McGregor won.

“Stranger Things” star Natalia Dyer sported a bit of a different ensemble on the red carpet with a floral print look and shiny bow-embellished sandals. And Kiernan Shipka paired sandals with a sherbet-colored pantsuit made of a cropped pant and peplum top.

Click through the gallery to get a closer look at the red carpet fashion at the 2018 Critics’ Choice Awards.