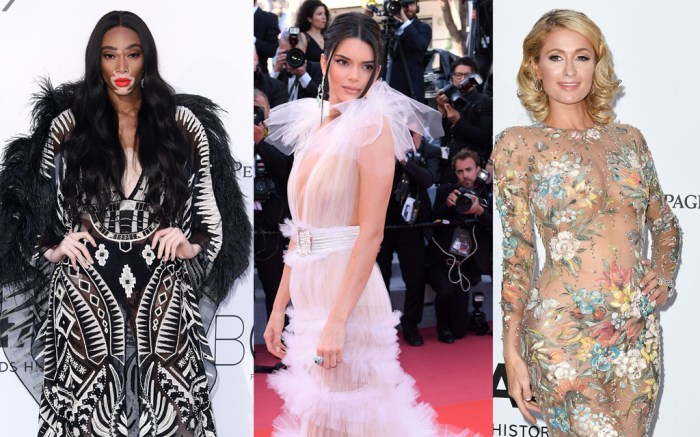 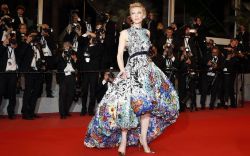 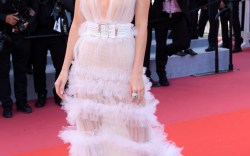 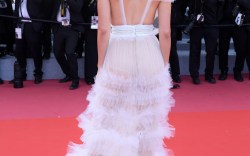 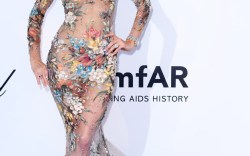 The Cannes Film Festival provides a prime opportunity for stars to show off their most glamorous style — but among the many sparkly dresses and Old Hollywood-esque gowns are some supremely bold looks.

Kendall Jenner pulled off two of the wildest ensembles during the annual festival in Cannes, France, sporting two nearly-naked dresses on the red carpet.

Jenner’s first look was a shimmery minidress and Christian Louboutin pumps. The reality star went braless in the sheer dress, baring her chest on display.

A day later, the 22-year-old stepped out in another sultry look, wearing an over-the-top swan gown by Schiaparelli with ruffled detailing at the neckline and a plunging neckline. Like the day before, Jenner left little to the imagination in the see-through gown.

By choosing a similarly barely-there dress — and with a little help from fiancé Chris Zylka — Paris Hilton pulled off one of the most outrageous Cannes looks.

Meanwhile, Winnie Harlow sported one of the craziest red carpet looks courtesy of dramatic feather detailing along the sleeves of her semisheer black and white patterned gown. The model completed her look with stylish Christian Louboutin bubble sandals.

Click through the gallery to see more of the craziest red carpet looks at the Cannes Film Festival.