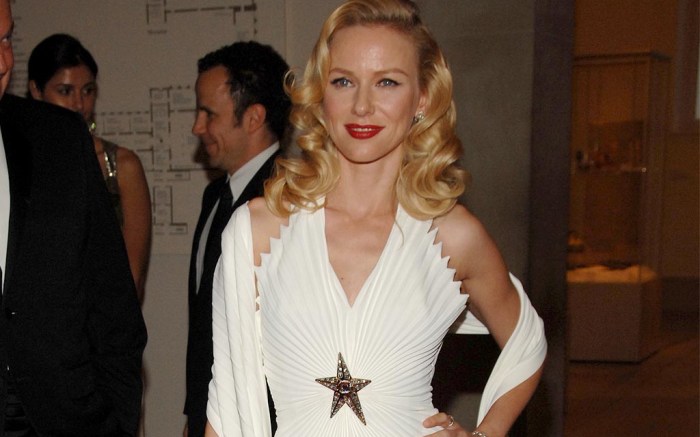 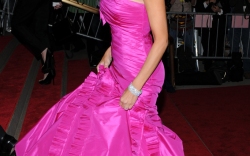 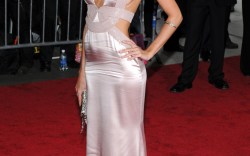 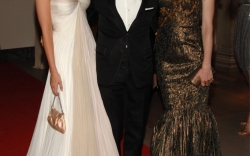 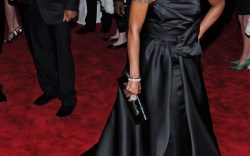 This year’s Met Gala, titled “Heavenly Bodies: Fashion and the Catholic Imagination,” is right around the corner. Come May 7, Rihanna, Amal Clooney and Donatella Versace will co-host the glamorous star-studded event alongside Vogue‘s Anna Wintour.

With the excitement building, FN is turning back the clock to the 2008 Costume Institute Gala. Take a stroll down memory lane and see which celebs stood out on the red carpet 10 years ago under the theme “Superheroes: Fashion and Fantasy.”

The “Dawson’s Creek” alum, who attended the event with then-husband Tom Cruise, accessorized her vibrant strapless gown featuring a tiered hem with long gold necklaces and a coordinating golden bracelet and mini-clutch bag.

Meanwhile, power couple David and Victoria Beckham complemented each other with their sultry black and white attire. The British soccer player looked dapper in a Giorgio Armani tuxedo, while the Spice Girl-turned-designer modeled a lacy white vintage number from the same Italian designer.

Scroll through the gallery to check out more from the red carpet at the 2008 Met Gala.