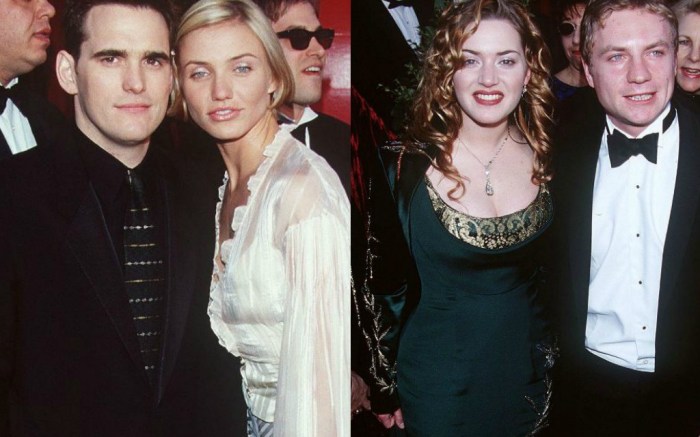 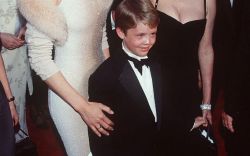 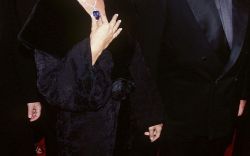 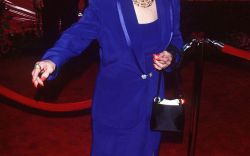 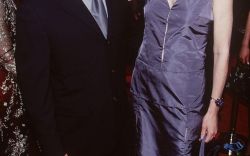 Cher is not only a legendary songstress and Oscar-winning actress, she’ll also always be known for her iconic fashion statements, from the red carpet to the stage. And 20 years ago at the 1998 Academy Awards, Cher rocked one of her boldest looks to date.

Taking to the red carpet with her son Elijah Allman, the “Moonstruck” star made waves in a head-turning flesh-colored sheer beaded off-the-shoulder gown. The sensual design was pulled together with a coordinating choker, a striking headpiece and glittery peep-toe pumps.

Meanwhile, Kate Winslet — who was nominated for her role in James Cameron’s “Titanic” in 1998 — arrived with then-husband and film director Jim Threapleton wearing a deep-forest-green swoop-neck gown featuring gold embroidering from Givenchy.

Forgoing a typical gown for the occasion, Cameron Diaz — who co-starred alongside then-boyfriend Matt Dillon in “There’s Something About Mary” the year before — instead opted for a sheer white ruffly blouse paired with an ankle-skimming pale blue patterned skirt. Matching light-blue satin sandals and a sparkly minibag completed the incredible ’90s look.

Elsewhere, Frances McDormand — who is nominated for Best Actress for her role in “Three Billboards Outside Ebbing, Missouri” this year — posed with fellow actress and Oscar winner Holly Hunter, who sported a light-blue satin gown embellished with silver sequins. Meanwhile, McDormand wore a plunging red satin number with a sheer black embroidered duster over top while hiding behind tiny red tinted frames.

For more celebs on the red carpet at the 1998 Academy Awards, check out the gallery.