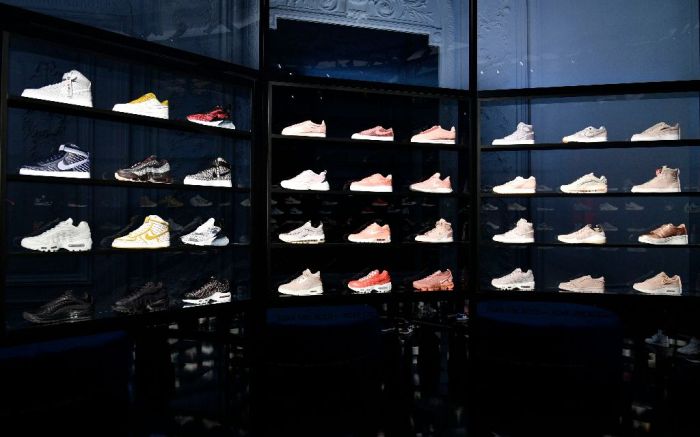 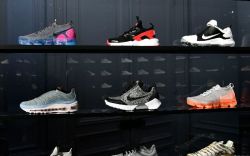 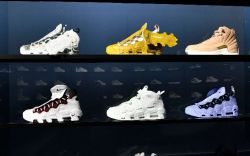 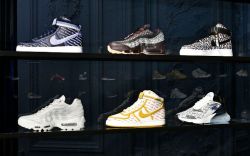 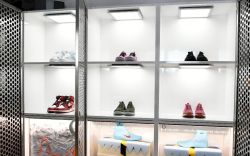 During the height of Fashion Month in Europe, some powerful players are making huge women’s sneaker statements — and the athletic market finally seems to be on the cusp of a revolution. The messages from both Nike and Selfridges are clear: There is huge opportunity in women’s, an area that is growing rapidly and has been underserved.

“It’s the idea that not one size fits all in the women’s market,” Julie Igarashi, VP and creative director of Nike Women, told FN during a tour of the captivating Unlaced space at Paris Fashion Week. “Some consumers want a men’s shoe, but they want it in their size. In other cases, she wants it for her and by her. So it’s exciting to be able to offer that breadth.”

A day before Nike generated big buzz in the City of Light, Selfridges debuted its new women’s sneaker space in London — after the retailer saw demand skyrocket for styles from luxury leaders and traditional athletic brands alike.

The new 1,776-square-foot space is positioned within the second-floor Shoe Galleries. There are more than 700 sneaker styles available for purchase — split over two sections. One focuses on fashion sneakers from luxury leaders such as Chloe and Balenciaga, while the other targets the sneakerhead consumer, with the focus on Nike, Vans, Converse — and special drops from the likes of Yeezy and Off-White.

“The women’s market has been horribly underserved. I’m glad to see some brands taking initiative,” said Matt Powell, senior industry adviser of sports for The NPD Group Inc. “Women’s is our biggest failure and our biggest opportunity.”

Nike Unlaced will launch March 27 on Nike.com and across Nike’s social platforms and apps, including SNKRS and Nike Plus. Shop-in-shops within existing Nike flagships and standalone brick-and-mortar locations will be unveiled starting this summer.

The brand also plans to partner with influencers and stylists to curate women’s events and spaces in key fashion cities, including New York, London, Paris, Tokyo and others. To start, Nike tapped stylist and street style Julia Sarr-Jamois, who curated the sneaker space. (FN caught up with her on Instagram today in Paris, and she talked about her favorite sneaker.)

Stylist Julia Sarr-Jamois @sarrjamois curated a sneaker room for the new Nike Unlaced, a women’s retail concept that the sneaker brand will unveil online March 27th at Nike.com and in stores this summer. Check out her fave sneaker here. 🎥 @shannonadducci #nikeunlaced #pfw

Igarashi noted that Nike Unlaced comes as excitement around the women’s business has been building. In Europe, there has been big demand for women’s product online — and in North America, the Olivia Kim-assisted Nike x Nordstrom sneaker boutique experience has provided the companies with valuable insight.

Just in the past few months, Nike introduced the “1 Reimagined” project focusing on Nike Air Force 1 and Air Jordan 1 sneakers. The brand tapped 14 female designers from its 1,000-member design department to put a fresh spin on the sneaker icons. Meanwhile, Off-White and Virgil Abloh are rolling out their first women’s all-white Air Jordan 1 collab shoe in Europe this weekend.

While Nike and Selfridges are two big examples of companies putting female consumers at the forefront, many other brands are moving fast to capitalize on the market. Puma, for example, unleashed opportunity in its women’s business by turning to Rihanna, who continues to expand her Fenty collection. Reebok has joined forces with a powerful group of female talents. And on the retail side, Foot Locker is continuing to evolve its Six:02 female-geared retail concept.

For more from Nike Unlaced, click through the gallery.