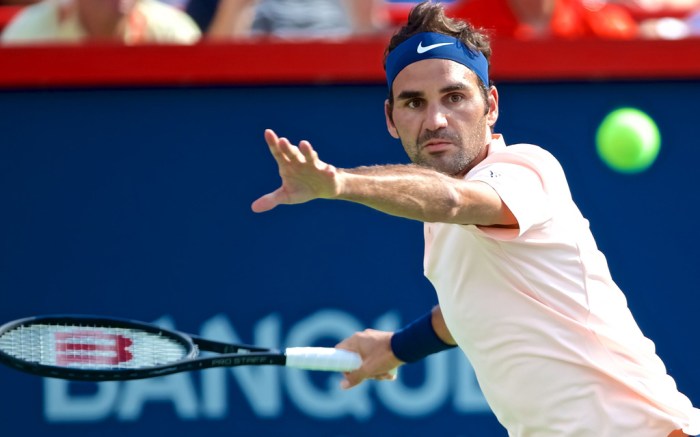 Roger Federer returns to the Australian Open Final on Sunday — and his match against Marin Čilić is particularly significant. After a relatively easy road to the championship, Federer is on the cusp of his 20th Grand Slam victory.

When he steps out onto the court, Federer will most likely sport his pink Nike Air Zoom Vapor X in Lava Glow, sneakers, which are available for $140 at Nike.com.

Although he’s not the only athlete to wear the Vapor franchise, Federer has become synonymous with the sneakers. According to Nike, he’s won 17 of his 19 major titles in the shoes, along with 83 total tournament victories.

“The Vapor 9 was a great shoe from the beginning. Tinker Hatfield did a great job of understanding exactly what I was looking for: a combination of a tennis shoe and a jogging shoe,” Federer said in a statement last year. “The Vapor X is lighter than the 9 and 9.5. It is an evolution, the next generation.”

Nike has been creating custom shoes or Federer for years now. As the champ began to rack up titles, Nike started incorporating his number of titles on his shoes. There’s no question that “20” would be fitting for his next pair.

While Federer has been loyal to the Vapor, he sometimes surprises with his on-court kicks. For example, during the 2017 Arthur Ashe Kids’ Day event in Queens, New York, Federer wore the Off-White x Air Jordan 1 sneakers designed by Virgil Abloh ahead of the coveted shoe’s official release.

For more of Federer’s winning on-court style, click through the gallery.