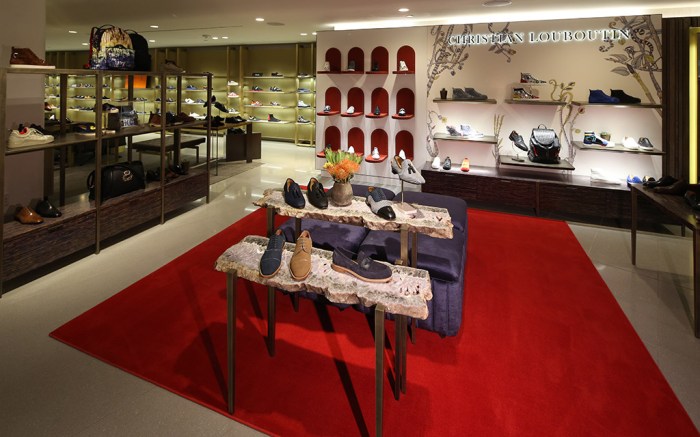 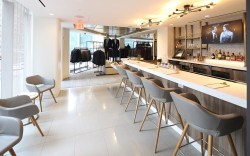 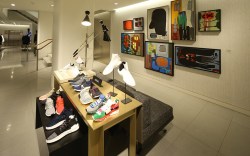 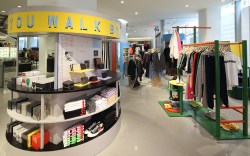 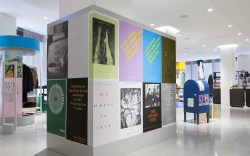 Nordstrom’s New York men’s moment has arrived — and shoes are a central part of the retailer’s plan to conquer the city.

On Thursday, the company will unveil its first Big Apple location on West 57th Street, a standalone men’s door. The highly anticipated opening comes ahead of the women’s flagship debut next year. Together, the moves will undoubtedly alter the retail landscape and heighten competition among the big department stores in a rapidly changing climate.

“This is huge for our company. To be here is thrilling,” said Kristin Frossmo, EVP and GMM for shoes. “We’ve been looking for space in New York since the 1980s. It’s been a high priority for us, and we’re excited to present ourselves in a different way.”

As Nordstrom crafted its vision for the three-level, 47,000-square-foot location, it was determined to highlight the fast-growing men’s footwear market in a dynamic way.

“Shoes are the heritage of the company, and the business is important to all of us,” Frossmo said. She reflected on how much the men’s category has evolved in recent years, with males embracing new trends and looking to shoes as a way to modernize their wardrobes.

The retailer is touting several key initiatives designed to make the shoe department stand out. To start, Christian Louboutin will get prime billing with a shop-in-shop located within the shoe space on the lower level.

Nordstrom and the red sole king have been building their relationship over the last few years. In fact, the store recently awarded the brand with a Partners in Excellence award. “When we thought about what we could bring to New York, Louboutin was top-of-mind for us,” Frossmo said. “You will see an elevated assortment and all of the great trends — from dress to sneakers.”

The brand — one of Nordstrom’s best-performing labels in women’s — has been developing quickly in men’s, too, Frossmo noted. The department store already houses a Louboutin men’s shop in its Aventura Mall store in Florida and stocks the brand in several other key locations.

In New York, the Louboutin shop will be positioned in the front of the shoe department. On the other side of the floor, the retailer is making a splash with its Nike Men’s Shop, which features a curated mix of shoes and apparel. Frossmo said sneakers are the fastest-growing shoe category for Nordstrom.

In addition, Nordstrom will stock several other brands exclusively, including Cole Haan NYCH (a collection produced specifically for Nordstrom), Jack Erwin and Greats. “Over the past three years, we’ve been approached by everyone,” said Greats founder and CEO Ryan Babenzien. “We believe Nordstrom is the best in the category, so we decided to work with them. Additionally, Nordstrom … has the same obsession that we do when it comes to customer happiness. So it was a no-brainer when we finally pulled the trigger to find a partner.”

Another way Nordstrom aims to differentiate itself is by selling limited-edition looks from Magnanni and special boot styles from Timberland.

Other key brands include Adidas, Common Projects, Ferragamo, Givenchy, Gucci, Golden Goose, Prada, Vans and many more. While the offering is extensive and diverse, the space feels intimate, according to Frossmo. “It’s an easy-to-shop environment,” she said.

Appearencewise, the store features the company’s newest design concept, including an all-glass facade to bring in more natural light and connect the shopping experience to the city. The floor plan is designed to be flexible, Frossmo said.” The space was fairly tight, so we approached it in a much more curated way than we normally would in a store of this size,” she said.

To go inside the store, click through the gallery.