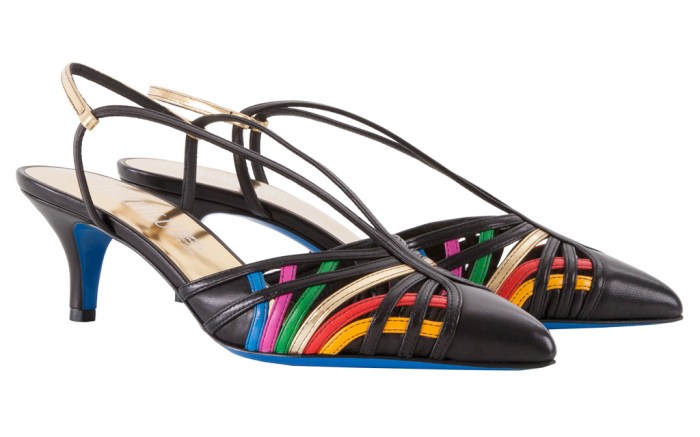 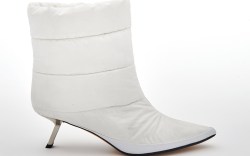 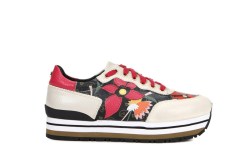 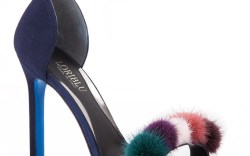 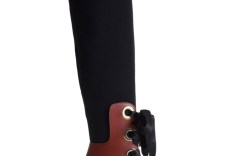 Last year saw a push from the fair’s Luxury Hall with 10 brands, including Zegna, Tod’s, Gucci, Fendi and Ferragamo, all taking a stand to support a made-in-Italy campaign. For 2018, Cesare Paciotti has joined the party, while Zegna and Ferragamo have staged a return.

In terms of making shoes, do Italians really “do it better”? Tommaso Cancellara, Micam CEO and director of the Italian Footwear Association, certainly thinks so. We caught up with him on Tuesday and here’s what he had to say.

On the relevance of the Italian shoe industry: “Italian shoes represent 50 percent of the entire production of luxury footwear. But in addition to Italian brands, big international designers, such as Jimmy Choo, Louboutin and Manolo Blahnik, all produce in Italy, and now luxury French groups are buying shoe factories here as well.”

How’s business? “The numbers are not bad at all. In 2017, export rose by 3.3 percent. We have reached a point where we’re performing better than in the years preceding the financial crisis. Things have changed, though, as now there are more bigger companies and fewer smaller ones.”

On U.S. expansion: “The time is now for Italian brands to go to the U.S. There’s great potential. It’s the No. 1 export market for most Italian industries, from automotive to furniture. We’re not there yet in terms of footwear, but export quantities rose by 5 percent last year, so that’s a clear sign of both Italian expansion and U.S. demand. The consumer is looking for heritage, storytelling and sustainability, and Italian companies can give them that. In addition to luxury footwear, there’s also opportunity for second-tier brands with quality product and stories to tell.”

On Italy’s biggest market: “It’s still Europe: This is where seven out of 10 Italian shoes are exported. Switzerland and France are No. 1; they’re the two markets in the world for Italian shoes. Sure, there is the demand in those countries, but they also represent a logistics platform for the French brands to re-export worldwide. And also for Italian brands that have their logistics hub in Switzerland. So actually our unofficial U.S. export figures are much higher.”

Are there markets that are decreasing? “Japan because Europe is currently negotiating a free-trade agreement. The Japanese consumer has stopped buying Italian shoes, as they know they will probably soon have no custom duties to pay, so they are waiting.”

On the most challenging market: “The biggest problem for Italian shoes is Italy because the Italian market is flat. The economy is improving, but Italians have still not increased their consumption. As of last year, the Micam media campaign is based on Dante’s ‘Divine Comedy’: going through hell, which was 2017, to purgatory (that’s 2018), before reaching paradise, which will be next year. Hopefully, this will also be the case, economically speaking.”

On counterfeiting: “We have invested in a counterfeiting exhibition at Micam to show people how to tell when something is fake. The counterfeit market is bad for the European footwear industry — last year it lost us some 6 billion euros , but it’s also bad for consumers for safety reasons. The exhibition is called ‘Questa Non Est una Sola,’ which means ‘This Is Not a Fake.’ But it’s also a pun, because ‘sola’ in Italian has a double meaning — it also means ‘shoe.'”

Are Sneaker Resellers the Next Big Target on the M&A Front?