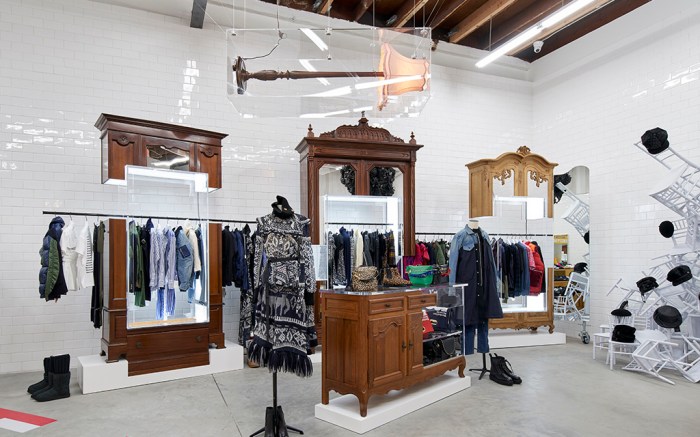 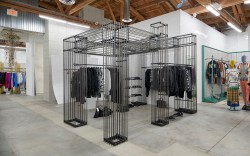 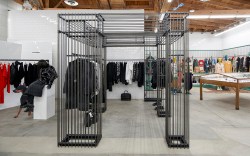 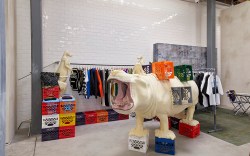 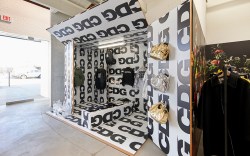 Dover Street Market has officially opened its sixth location. This time, in Los Angeles, the store spans 15,000 square feet and is filled with must-visit shop-in-shops, which include Off-White, Gucci and NikeLab.

The store is a single-level space (located at 606-608 Imperial St.) consisting of two adjoined concrete buildings and was designed by founder Rei Kawakubo. On the outside, there are no windows facing the street.

However, the interior is a feast for the eyes. Designer merchandise, limited-edition pieces from the Comme des Garçons collections, sneaker exclusives — including its DSMLA x Nike Cortez — and two event spaces featuring in-store installations are scattered among architectural features inside.

Kawakubo said in a statement, “I want to create a kind of market where various creators from various fields gather together and encounter each other in an ongoing atmosphere of beautiful chaos, the mixing up and coming together of different kindred souls who all share a strong personal vision.”

She is responsible for designing all Comme des Garçons brand spaces along with the whole interior.

Other brands featured in the new Dover Street Market include Chanel Fine Jewelry, Maison Margiela, Raf Simons, Sacai, Simone Rocha, Stephen Jones, Stussy and Undercover. And for Palace, this is its first retail space in L.A., while Brain Dead, Marine Serre and Melitta Baumeister debut their first shop-in-shops in the world.

With the addition of Dover Street Market to L.A., the city continues to be a new leader in the fashion retail game as other companies including Nike, Depop, TheRealReal and more have set up shop.

Click through the gallery to see more photos inside DSMLA.

A Peek Inside Koio’s New Flagship Store in Chicago