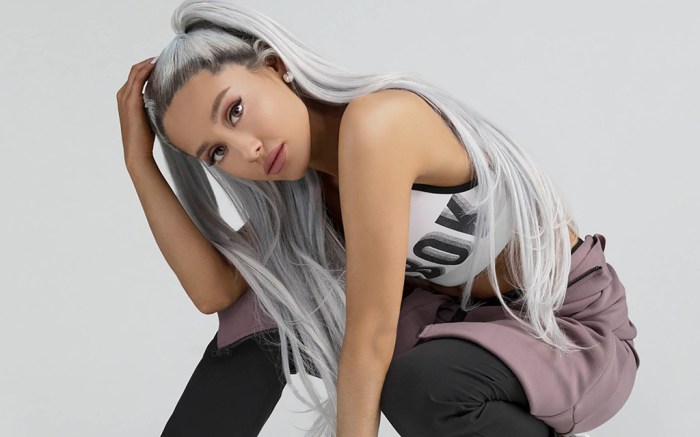 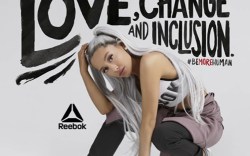 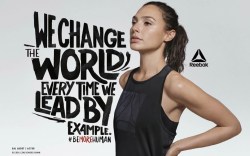 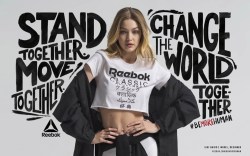 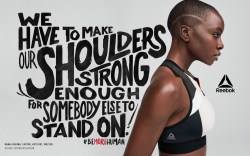 When Reebok launched into the aerobics market in 1982 with the Freestyle sneaker, women were just beginning to explore the power that comes through fitness, and the brand was able to tap into that movement. Now it’s doing it again.

Today, the Boston-based label is unveiling a global brand campaign starring many of its biggest female partners, from superstars such as Gal Gadot, Gigi Hadid and Ariana Grande to fitness figures like twotime CrossFit champion Katrin Davidsdottir.

The advertisements, which will appear online and in major global markets throughout the year, feature the women clad in workout gear, posing on a stark white background. Painted around them in bold black letters are inspiring messages such as “Change the narrative, change the future.”

According to chief marketing officer Melanie Boulden, the campaign is intended to give women a voice in today’s world. “This brand has been celebrating women for a long time,” she said, “and this campaign is just another step in our efforts to empower women.”

Click through this slideshow to see more stars in the campaign>>

The marketing initiative is, in a sense, the manifestation of efforts that have been going on behind the scenes at Reebok for nearly two years.

Corinna Werkle, VP of women’s, recalled that the brand recognized an opportunity with female customers to offer performance and style, and has made that consumer its priority. “Everything we do now will happen through the lens of her,” she said.

One of its first steps was to build a roster of ambassadors to represent that fusion of fitness and fashion. First came Hadid in 2016, followed by Gadot and Grande, and numerous other entertainment and sports stars.

Recently, Grande shared with FN that Reebok’s brand values were a big draw in deciding to partner. “I love the Reebok family because we both value diversity and encouraging people to be the truest versions of themselves,” she said. “My fans are everything; they inspire me daily by embracing their own individualities and letting their beautiful lights shine.”

In addition to the ads launching this week, Grande has starred in the brand’s spring ’18 campaign and last month premiered the video for her newest single, “The Light Is Coming,” on Reebok’s website.

The label has further strengthened its female viewpoint by teaming up with fashion designer Victoria Beckham. They are slated to release a footwear and apparel collab collection in November, and Werkle hinted about the look. “Everybody will expect that [Victoria] will come out with a typical look for her, but she will not. She will blow everyone away when she lands the product,” said Werkle.

For her part, Beckham sees plenty of opportunity in partnering with the athletic brand. At the two-day Forbes Women’s Summit in June (which Reebok helped sponsor), she told the crowd, “All around the globe, everyone knows Reebok, so I will be able to reach out to customers in these parts of the world where I haven’t been able to. My brand is significantly bigger than my business. My business is still quite small, so Reebok will enable me to reach out to a whole new customer.”

Reebok’s efforts in recent years to create marketing and product that connect with women seem to be paying off. President Matt O’Toole revealed to FN in May that its revenue is almost evenly split between men and women.

“It’s a startling statistic that participation is relatively equal between men and women in terms of living an active lifestyle, yet sales are overwhelmingly male in this industry,” he said. “So what it says is, women aren’t finding what they’re looking for.”

And Reebok is not merely giving lip service to the female-empowerment movement; it is making a larger commitment to the cause, starting inside its company ranks.

This year, the company welcomed three female leaders to the organization: Boulden; Nike veteran Karen Reuther, who will serve as global creative director; and VP of global operations Erika Swan. With those appointments, the label reached a milestone unmatched in the athletic footwear industry: 50 percent representation for women on its executive team.

“We need diversity of thought and experience at every level in the organization to produce innovative products and experiences for our consumer,” said O’Toole, “and it starts at the very top.”